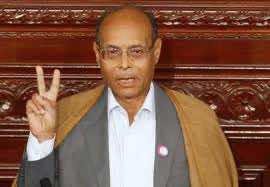 Tunisia’s new President Moncef Marzouki has called on his compatriots for a six-month political and social truce to sort out the country’s deep-rooted economic problems.

“I call on all Tunisians to give us a political and social truce, just for six months,” Markouzi said on television late Wednesday, asking for “an end to the sit-ins and the strikes” in the north African country.

This truce should enable the authorities to have “periodic meetings with the opposition and the trade unions, in order to find adequate solutions for a return to stability in six months and an upturn in economic activity,” he explained.

“If we continue like this, we will be committing collective suicide,” warned Marzouki, who is backed by the Congress for the Republic (CPR) party and was sworn in last Tuesday.

The interim president, who on Wednesday named Prime Minister Hamadi Jebali of the moderate Ennahda party and asked him to form a coalition government, vowed to resign “if things don’t get better in six months”.

Mass protests erupted in Tunisianearly a year ago against unemployment and corruption, ousting longtime dictator Zine El Abidine Ben Ali and sparking revolts across the Arab world that also toppled longtime dictators in Libya and Egypt.

The protests included strikes and sit-ins as well as demonstrations and marches.

Tunisia, now deeply gripped by an economic and social crisis, has not had an executive government since the October 23 elections, and observers say the formation of a new executive is urgent.

According to the Central Bank, the economic growth rate will be zero at the end of 2011 and unemployment will rise to more than 18 percent.

The cabinet list will be the topic of heated negotiation between Ennahda, the CPR and Ettakatol, whose leader Mustapha Ben Jaafar heads the constituent assembly.

In negotiations for a new government, the CPR on Thursday presented a list of seven portfolios it was after, including the ministries of africulture, women, education, youth and sports, and junior ministers’ posts in industry and foreign affairs and administrative reform.

As the leading party in constituent assembly elections on October 23, Ennahda has already laid claim to the ministries of the interior, justice and foreign affairs, according to several party members.