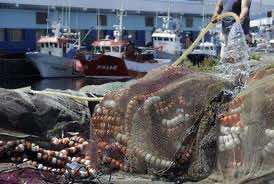 Spanish fishing boats sat idle in their docks Thursday after Europe cancelled a deal allowing them to trawl in Moroccan waters, threatening the livelihood of hundreds of fishermen.

Spain said it called its entire fleet home overnight when Morocco banned European ships from its waters after the European Parliament cancelled the deal for EU countries to fish there in exchange for annual payments to Rabat.

Luis Gonzalez, a spokesman for the fishermen’s guild in the southern port of Algeciras, said that all the 15 ships in the local fleet were back in port.

“They all came back from midnight last night after the agreement was cancelled,” he told AFP.

“They have stopped. They are hoping the situation gets fixed quickly,” he said, adding that he did not know if there were alternative fishing grounds available. “I suppose the European Parliament must have a solution.”

The fisheries minister, Rosa Aguilar, speaking in Brussels, said all Spanish fishing boats had headed back to port to comply with the ban, for which Spain is demanding EU compensation.

“This is going to cause major harm to the Spanish fleet, which is mainly from Andalucia and the Canaries,” she told reporters.

“We are talking about a fleet of about 70 boats and more than 500 direct jobs that will be affected.”