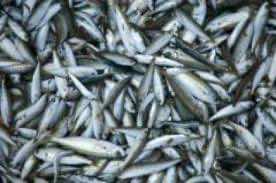 The European Commissioner for Maritime Affairs and Fisheries, Maria Damanaki, expressed, on Wednesday, her pessimism about the possibility of a new fisheries protocol with Morocco.

“We do not know if a new protocol with Morocco is possible. We will explore all avenues,” she said in a statement, issued following the rejection on Wednesday of the European Parliament of the extension of the 2011-2012 Protocol.

The EU official added that the Commission will respect the European Parliament’s vote and it will, as of Thursday, propose to the EU Council to repeal the provisional application of the Protocol.

The European Parliament rejected by 326 votes against, 296 in favor and 58 abstentions, the extension of the annual Protocol of the UE-Morocco fisheries agreement, which entered into force provisionally on February 28, 2011.