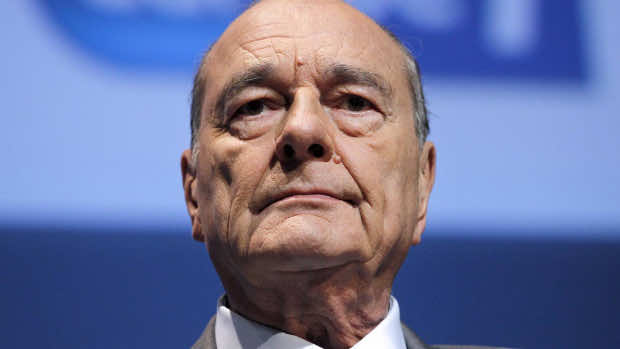 France’s former president Jacques Chirac was found guilty yesterday of embezzlement and abuse of power in an unprecedented case that for the first time saw a former French leader face charges in court.

The popular 79 year old, president between 1995 and 2007, was facing conflict of interest, abuse of power and embezzlement charges and could be sentenced to up to 10 years in prison and a fine of $195,000.

Chirac will not face prison time however, after the judges handed him a two-year suspended sentence. Chirac was not in court today as he was excused from attending the trial after doctors said he was afflicted with “severe” neurological problems.

Chirac was accused on two counts of hiring members of his political party for non-existent municipal jobs in Paris, where he was mayor from 1977 to 1995, effectively using the civic payroll to employ his own campaign staff.

The charges related to 28 fictitious municipal jobs created in Paris and the suburb of Nanterre between 1990 and 1995, ahead of Chirac’s successful 1995 presidential bid.

The charge sheet alleged that Chirac was the “inventor, author and beneficiary” of a conspiracy to use public funds to “support his political influence” and serve his own “interests and ambitions, or those of his party.”

Several people were convicted in connection with the case in 2004, including former prime minister and current Foreign Minister Alain Juppe who was found guilty of mishandling public funds and given a suspended sentence.