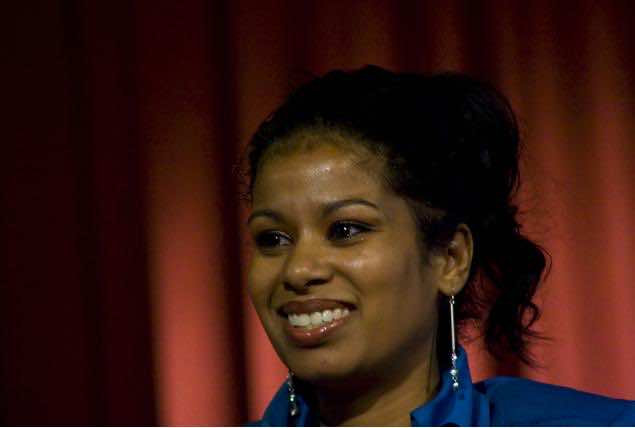 With more about $70m in the kitty, Kenyans show the rest of Africa how to use social media platforms to mobilize for a social cause.

Julie Gichuru is an award-winning Kenyan television journalist rated by Forbes business magazine in 2011 as one of “20 youngest powerful women in Africa.” Ms. Gichuru has a reputation as an engaging TV host, stirring up her audience against corruption and sometimes poking fun at the vagaries of life.

In July, as thousands of starving people walked across the border from Somalia into the Dadaab refugee camp in northeastern Kenya, there were also thousands of Kenyans dying of drought in that region, as well as in Turkana, Pokot and Baringo. Ms. Gichuru and other journalists covered that reality. “I went to the camp and saw children just screaming. It was deafening. Some had just died. Some were about to die, and I saw parents standing helplessly, just preparing to dig another infant grave,” she told Africa Renewal.

The interventions of Ms. Gichuru and others have been acclaimed for both the sheer effort — more than $67 million donated so far by ordinary Kenyans and some companies — and the tools with which the mobilization has been carried out: Facebook, Twitter, mobile phones, television, radio and newspapers.

Reactions to the various media reports were swift and spontaneous. The Media Owners Association, Safaricom (one of the country’s leading mobile phone companies) and the Kenya Red Cross continue to rally donations and other relief materials under the aegis of Kenyans for Kenya, an association officially launched in late July.

“The response by Kenyans was overwhelming and humbling, hitting KSh19 million through M-Pesa [mobile banking] contributions on the second day,” reports The Standard, a leading Kenyan newspaper. Ms. Gichuru says that they collected the equivalent of about $10 million within two weeks.

Ordinary Kenyans can make contributions of as little as KSh10 (about 10 US cents). “Through Facebook and Twitter we sensitized the urban affluent. Through mobile phones we reached people in the rural areas. And television, radio and print publications just reinforced the message to the general population,” says Ms Gichuru.

M-Pesa (Swahili word for “mobile money”) helps those in remote parts of the country make financial payments, such as for electricity, water and even normal day-to-day purchases. This is the first time the M-Pesa service, launched by Safaricom, has been used extensively in support of a major humanitarian cause.

How does it work? Safaricom assigned a dedicated account number that people with mobile phones can easily remember (111 111). Subscribers pay into their M-Pesa accounts, much as they do when adding to their phone calling credits. To make a donation they simply enter the amount and send it to the dedicated account number. Both the sender and the recipient promptly get SMS messages confirming the transaction. The ease of transactions has contributed to the project’s success.

The credibility of the main implementing partner, the Kenya Red Cross, further encourages people to donate. “Once people knew who was going to spend the money, they felt more comfortable to contribute,” says Ms. Gichuru.

Before Kenyans for Kenya there was Ushahidi, the platform set up — again by Kenyans — to map reports of post-elections violence in 2007. The model was so successful that it was replicated in Haiti and Japan to aid relief work after earthquakes (see Africa Renewal, April 2010).

The International Business Times reports that there are 20 tweets a minute on the crisis in the Horn of Africa, coming mainly from freelance fund seekers. The UN World Food Programme (WFP) has launched the WeFeedBack initiative to rally support for hungry people in various parts of the world. The WFP and YouTube collaborated to record and promote the song “A Step for Mankind,” expected to trigger online record sales to aid the Horn of Africa.

Daudi Were, a manager for Ushahidi, cites the increasing popularity of social media in Kenya. First is the demographic factor. There are 20 million people between the ages of 15 and 65 in Kenya, and about 22 million mobile phone SIM cards are in circulation. The second factor is the way various social media are interconnected. People use mobile phones to tweet, send SMS messages and access their Facebook pages.

Mr. Were insists that although social media platforms may be considered urban tools, “African cities have a huge influence on the rest of the country.” He maintains that “people are able to send SMS messages to radio and TV stations from the rural areas, even if they are unlikely to listen to the messages when they are aired.”

The Kenyans for Kenya initiative marks the first time in Africa that ordinary people have organized in this way to save lives. In the past, donations to causes came almost exclusively from wealthy organizations and individuals, Ms. Gichuru notes. But not anymore. “In our campaign, most donations are coming from ordinary people.” That response has shamed companies into also donating.

The success of the effort shows that citizens can organize on their own. “People don’t feel helpless, as they have in the past,” says Ms. Gichuru. “The social media provide platforms where people discover that there are hundreds or thousands of others feeling as they do, and the platforms help them agree on a course of action.”

This capacity is causing ripples in government circles. “Right now, there is concern in government,” notes Ms. Gichuru. “It’s as if government people are saying, ‘If the people can do this, it means we will become irrelevant at some point’.” For Mr. Were, the fact that ordinary people are taking the initiative to organize is itself a response to poor political leadership. “African citizens are not waiting for leadership from government. Already they feel a sense of disconnect, and they want to take their destinies in their hands.”