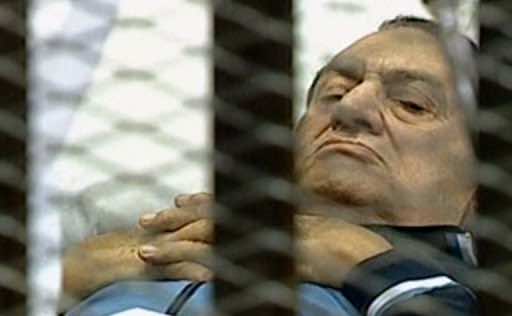 A probe to seize vast assets of deposed strongmen Hosni Mubarak of Egypt and Zine el Abidine Ben Ali of Tunisia has been launched in Europe and North America, a Eurojust spokesman said Thursday.

“The investigation into all European assets of these two former presidents has started,” the organization’s spokesman Joannes Thuy told AFP.

“In addition to Europe, Canada and the United States are also involved as possible locations of these assets,” he added.

Thuy said the investigation started after a meeting on Monday and Tuesday between Eurojust, the European Union’s justice co-ordination body, and Tunisian and Egyptian authorities in The Hague, where Eurojust is based.

“Both Tunisia and Egypt explained the ex-presidents illegally transferred a lot of money out of their countries and invested in bank accounts and property all over Europe, even Canada and the United States,” Thuy said.

“They asked us to coordinate the investigation, which we are now facilitating and have put them in touch with various prosecutors in different countries,” he added.

Thuy could not say whether any assets have yet been recovered but added it was believed to be running “into millions and millions” of euros.

Mubarak is currently facing a murder trial before an Egyptian court and may get the death sentence if found complicit in the killings of some 850 people who died during 18 days of protest that ousted him from power in February.

Ben Ali and his wife were forced into exile in Saudi Arabia earlier during the “Arab Spring” revolt when he was overthrown in an unprecedented popular uprising.

Some 200-odd liquidators tasked with managing a myriad of firms owned by Ben Ali and his entourage said they would walk out be year’s end if attacks, both verbally and physically, did not stop.