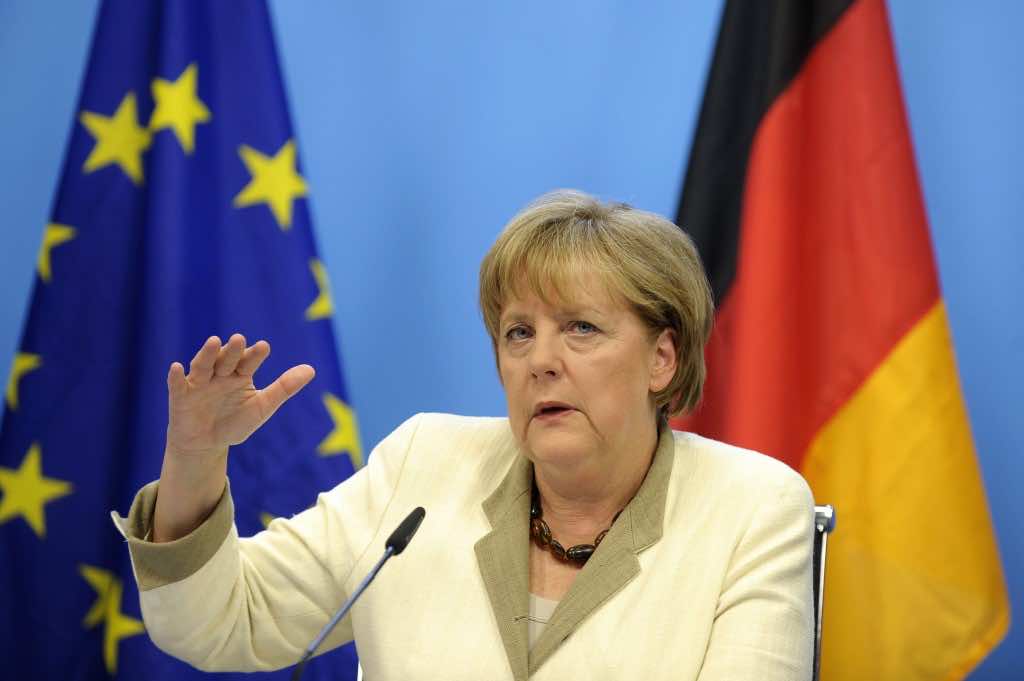 Economists are asking questions about who is responsible for the European debt crisis and what can be done to minimize its impact on Europe. I will analyze the early stages of the economic meltdown then discuss its ramifications and the role Germany has played in this crisis, using R.A.’s article,“The Euro Crisis. Why Not Blame Germany.” This article demonstrates how Europe’s biggest and most important economy, that of Germany, has critical leverage in controlling the crisis that has plagued the euro zone for almost two years.

The economic crisis began in the U.S.,then spread to Europe, with which the U.S. has strong economic ties. The U.S. government took serious measures to overcome the economic plunge but ultimately the global credit crush and financial downturn spread to major parts of Europe, mainly  Greece, Spain, and Italy. R.A.’s article considers whether the German government can dispel the euro financial downturn. Many believe that the German government has a unique capacity to bring the meltdown to an end, though it has turned this duty down. R.A, in contrast, states that all euro zone countries must participate in the rescue plan. The German government by itself cannot overcome the crisis, all must cooperate and take responsibility for their debt through austerity plans and balanced budgets. R.A. notes how the crisis forced European countries to “make their adjustment through declines in nominal wages—a difficult and painful process even in countries like Ireland, which have very flexible labor markets.” R.A identifies a few ways to ameliorate the crisis. For example, the European Central Bank should start to act like a national central bank and the euro zone countries should move toward a more true financial union—and, of course, Europe would benefit from massive external aid.

Essentially, Europe must prove the money exists to pay off creditors. The monetary recession has grown into a crisis of unprecedented proportions, as Said Jose Manuel Barroso, the head of the European Commission, has said: “We are today faced with the greatest challenge our union has known in all its history. I think this is going to be a baptism of fire for a whole generation.” The financial malaise in Greece and Italy are threatening to spill over into the European banking system as a whole. According to the International Monetary Fund, “European banks face a €200 billion credit risk stemming from direct exposure to government debt issued by Greece, Portugal, Ireland, Spain, Italy, and Belgium”

The most important question is if Germany will lend a hand to its neighbors or not. Some accuse Greece of being the root of the crisis, and a persistent thorn in the side as the zone seeks to recover. The billionaire investor George Soros warns that the fiscal markets are pulling the globe into another “Great Depression.” According to some, Chancellor Merkel so far has chosen to help just enough to keep the euro afloat, and even this was motivated primarily by the desire to create a favorable impression as she looks towards reelection in 2013. Germany not only has a large trade surplus, but also the best credit rating. The financial writer George Lewis, states that the German central bank has an enormous gold reserve of 3,400 tons, which has helped Germany weather the economic malaise. Others feel that Germany is doing all that it can to alleviate the market turmoil. Rainer Bruederle,of the German governing coalition, reported that Germany’s actions were guided by a desire to aid the European countries suffering from the financial crisis. Most of Germany’s parliament members voted to help with the $615 billion U.S. dollar European Economic Stability Facility, which was considered an essential step in avoiding a new bout of market fluctuations.

R.A. claims that the first step to solving the crisis is to prove that the money is there to pay creditors: “Show it to them, wave it in their faces, and they’ll calm down.” But with European countries like Greece, Spain, Italy, Ireland, and Portugal mired deeply in debt, where will this money to wave come from? Germany must help. Christian Charisius stated: “as Europe spirals deeper into a debt crisis, the focus is on Germany to lead a way out.”

As the euro zone faces the worst economic crisis in its history, pointing the finger at Greece or blaming Germany for not helping more will not help relieve the problems. A plan for the long-term must be kept in mind. Even if markets stabilize, there is still the global problem of excessive debt. Without the assistance of the German government, the European economic decline cannot be solved entirely. The crisis may push countries to desert the euro and cause further financial chaos, creating a situation similar to the Great Economic Depression of 1930s, which would effect not only Germany and the rest of Europe, but the entire globe.