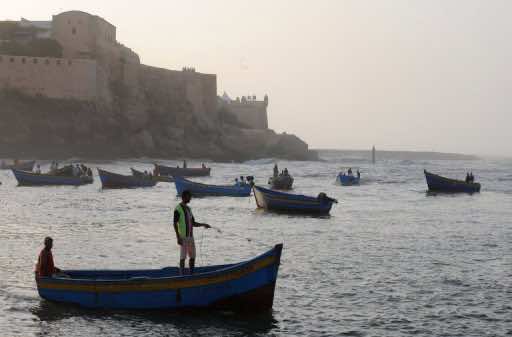 Portuguese Foreign minister, Paulo Portas, described, on Thursday, as a “mistake” the rejection by the European Parliament of the extension of the annual Protocol of EU-Morocco fisheries, and did not exclude a Portuguese-Morocco agreement.

“I respect all decisions made by a democratic parliament, but I think that the vote of the European Parliament against the extension of EU-Morocco agreement is a mistake, given the damages that it will cause to Europe as well as to other countries like Portugal,” Paulo Portas told the press at the Parliament.

“Morocco which held legislative elections, which has a new constitution and which is witnessing a political openness, is a trade partner of the European Union and our immediate southern neighbor. Thus it is not appropriate, in my opinion, to adopt a hostile attitude as it was the case with this vote,” he said.

The minister added that “we have to make all efforts, within the framework of the European Union and relations that we have with Morocco, to make it clear that the majority of Portuguese MPs voted for the maintaining of our fishermen’s rights to operate in Morocco and for the fact that the decision will not undermine ties between our two countries.”