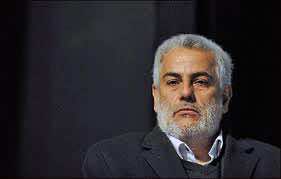 Sharp words, a bit threatening, a blunt look, a little charmer, a compact body, a bit nonchalant. This is Abdelilah Benkirane, Secretary General of the PJD for 4 years and the new head of government of Morocco since November 29: a man made of contradictions, sincerity and impatience. The boss of legal Moroccan Islamists is not a novice in politics. He has accumulated considerable experience.

Abdelilah Benkirane did his apprenticeship in politics early on in the movement of the banned Islamic Youth Chabiba AlIslamiya – which he joined in early 1976 when he was a student of science at Mohammed V University in Rabat. At that time, the movement was more committed to fighting against Marxist tendencies in the university than against the despotism of Hassan II. This was a very uneasy period, and very uncertain. The confrontation between the king and the USFP put Morocco on its knees and few people could make out the difference between true militants and false spooks.

Benkirane, whol holds a degree in mechanical engineering and a BS in physics, distanced himself from the Chabiba, while a wave of arrests befell members of the underground movement after December 18, 1975, the date of the assassination of leftist leader Omar Benjelloun.

The break with Abdelkrim Motiî was immediate, while the founder of the Chabiba sought refuge at first in Saudi Arabia. In the early 1980s, Benkirane, who then was running a private school in Rabat, was suddenly arrested. This episode is unknown to most people.

The young militant Islamist was harassed by the authorities while he loudly proclaimed his split with the Islamic Youth and its practices. Briefly detained in a police station in Rabat, and imprisoned in Casablanca, he was released two months later and founded in 1983, along with Abdallah Baha and Mohamed Yatim, Al Jamaa Al Islamiya.

Although the new movement was not recognized by the authorities, it, however, showed some credentials. Led by Benkirane, it recognized the legitimacy of the monarchy and of the Commander of the faithful and supported the position of Hassan II on the Sahara.

The king left the movement alone, and it gathered more recruits and prospered. In 1984, Al Jamaa Al Islamiya launched the weekly newspaper Al-Islah (the Reform) under the benevolent eye of former interior minister, Driss Basri.

In February 1992, while a terrible bloody civil broke out in Algeria after the invalidation of elections largely won by the FIS, Al Jamaa Al Islamiya movement was transformed into Al-Islah Wa Attajdid (Reform and Renewal).

On college campuses, the association violently attacked leftist students. The Islamists wanted to eradicate the “wicked” of the Moroccan university. The hand of government services was not very far away. A shadow of doubt already hovered over the new movement.whithin a short period of time  , Benkirane and Baha sought to move closer to the Istiqlal for a possible integration, but negotiations failed. The old nationalist party showed itself to be quite greedy.

The young Islamist executives then turned to Dr. Abdelkrim El Khatib, a pious man who was well connected with the Makhzen and the security apparatus. Benkirane personally led the negotiations. Hassan agreed that the Islamists ‘engulf’ the crumbling party of Dr. El Khatib, the Constitutional and Democratic Popular Movement (MPDC of its acronyms if French)

A few months later, Rabitat Al Mustaqbal Al Islami (League of Islamic Future) of Raissouni and Ramid joined Al Islah Wa Attajdid (Reform and Renewal) and the two movements founded the association Attawhid Wal-Islah (Uniqueness and Reform). After the 1997 elections, in which Abdelilah Benkirane strangely did not participate, the MPDC changed its name to the Party of Justice and Development (PJD).

The party also strangely chose to support the socialist leader Abderrahmane Youssoufi, who led the first alternative government. In 2002, the PJD participated in elections and agreed to compete for only one third of available seats.. The Islamic party still obtained 42 seats in parliament. Benkirane was finally elected, but he would have to manage one of the most serious crises that legalized Islamism went through in Morocco.

The bombings that took place in May 2003 plunged Casablanca into mourning. The Moroccan government was in shock, and some individuals simply demanded the dissolution of the PJD, accused of having an ambiguous relationship with the Salafi jihadists.

It took a year and a half and the influence and  malleability of Dr. El Khatib for Benkirane to avoid the worst. The PJD neutralized the uncontrollable Mustapha Ramid, chairman of the parliamentary group and the ideologue Ahmed Raissouni, chairman of Uniqueness and Reform. Again, Benkirane’s hand was not very far removed.

At the sixth congress of the PJD, while everyone was expecting the outgoing Secretary General, Saad Eddine El Othmani, to be reelected, it was Abdelilah Benkirane who prevailed with many voices of support. His win came as a big surprise to many in the Moroccan political arena. The new leader proved to be pragmatic. But he quickly lost his temper when in the local elections of 2009, the PAM  stole victory from his party in several cities through crooked alliances.

Nothing stopped him in his fight against the party of Fouad Ali El Himma. In 2011, when the protesters of 20 February movement took to the streets, Benkirane decided to deal the final blow to his sworn enemy. Its meetings turned into shows for denouncing the danger that PAM posed for the stability of Morocco.

The secretary general of the PJD made, sometimes, utterly violent statements. Behind the scenes of Rabat, it was rumored that the man was “supported”. In any case, the tactics of the PJD’s Secretary General paid off. During the November 25 legislative, Abdelilah Benkirane won a resounding victory. The PJD won 107 seats out of 395 and PAM was laminated. Appointed in the wake of the polls as Head of Government, Benkirane rapidly constituted a majority and is finally reaping the fruits of a position where he has always spared the monarchy. This makes him the first politician to become the head of government, not by defeating a government party, but by defeating another opposition party.

Translation by Samir Bennis and Editing by Benjamin Villanti