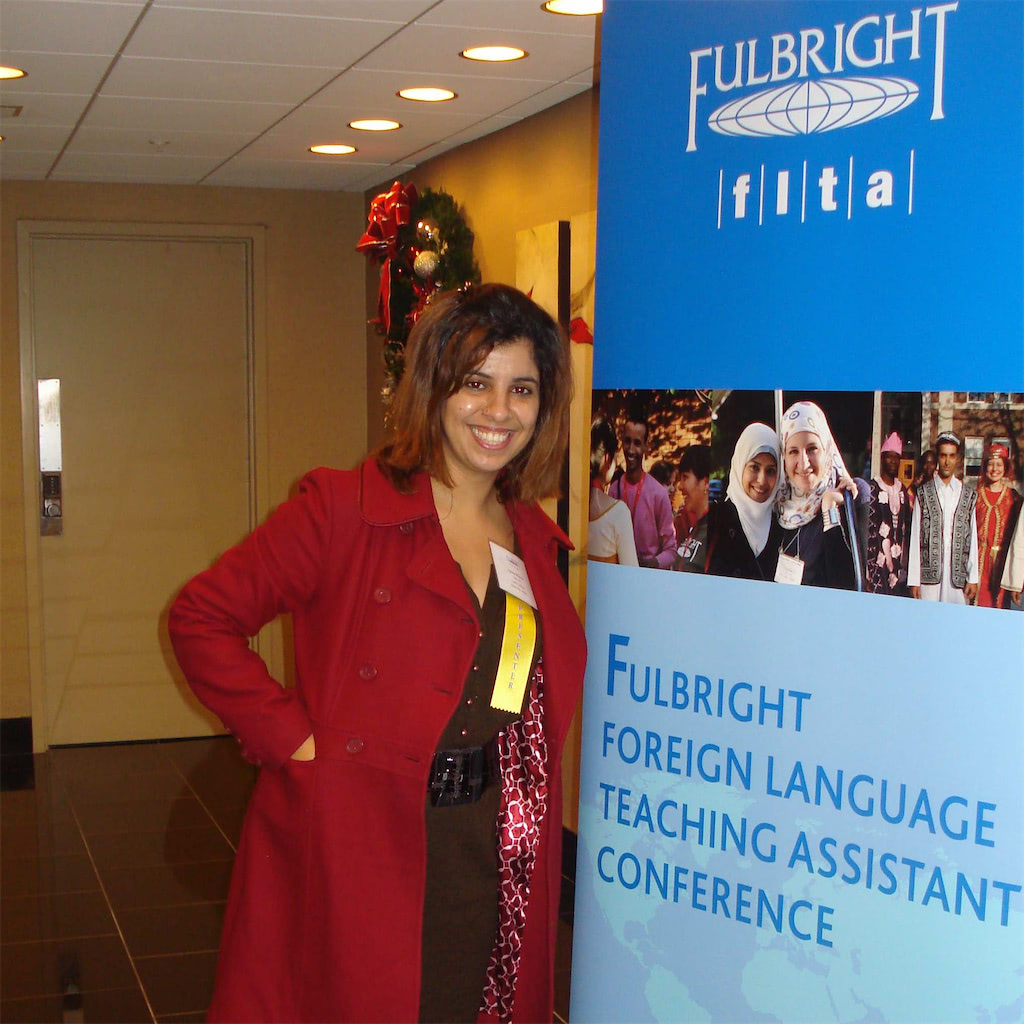 Fulbright scholarship is a prestigious program funded by the “Bureau of Educational and Cultural Affairs of the U.S. Department of state”. This program provides a large number of people, estimated at 310.000 participants, with the opportunity to study, teach or conduct research.

FLTA (Foreign Language Teaching Assistantship) is one of the Fulbright programs that is designed to welcome youth from all over the world to come share their cultural heritage and perspectives and teach their language in different American colleges and universities. It is indeed a fruitful experience in which the grantee plays the role of an ambassador, whose role is to build bridges that facilitate mutual understanding between the United States and other nations.

The participants have the opportunity to attend orientations in different countries, which adds to their cultural experience. Fulbright staff organizes pre-departure orientation in various countries as well as in the United States before school starts. The orientations are designed to help the Fulbrighters have an idea about the American life in general as well as life in colleges and university campuses in particular.

Through this program, grantees come across different educational insights that help them teach their language and enhance their teaching capacities using useful teaching techniques and methodologies. Currently, the Institute of International Education (IIE) is organizing a mid-year conference for 428 Fulbright FLTAs in Washington DC from 14th to 18th of December. 51 countries from Europe, the Middle East, Latin America, Africa and Asia are represented during the conference. The latter has an eclectic and a rich schedule, which includes workshops about foreign language instruction, educational methodologies, creative teaching techniques, among other useful and instructive learning methods. Some FLTAs will share their first semester experience with their fellows and reflect on the different aspects and specificities of the American life.

Fadoua Rhazoui is a Moroccan citizen from Kenitra. She is a holder of a Bachelor’s degree in English Language and Literature as well as a teaching diploma from the Regional Pedagogical Center in Tangiers. Besides working in a high school, she worked with the Moroccan Association for kindergarten and primary education as a trainer in Rabat. She is FLTA (Foreign Language Teaching Assistantship) Fulbright scholarship grantee, working in Colby College in Maine where she teaches Arabic.