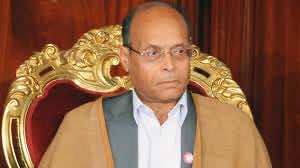 Tunisia’s new President Moncef Marzouki said in an interview aired on Friday he was against foreign intervention in Syria, where thousands have been killed in months of anti-regime protests.

“Of course I am opposed to foreign intervention in Syria,” he told France 24 in his first comments on the crisis in Syria since taking office Tuesday, after the first elections since the Arab Spring was unleashed in his country.

“I am sorry to see the Syrian revolution sliding towards violence,” he said. “I hope that our Syrian brothers both inside and outside the country will unite and play a moral role to ensure that this revolution is democratic, peaceful, non-ethnic and without foreign intervention.”

Tunisia is hosting a three-day meeting of Syrian opposition movements formed before and since the launch of the uprising against President Bashar al-Assad’s regime in March, which the United Nations says has left 5,000 people dead.