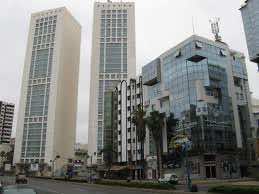 The creation of Casablanca Finance City (CFC) reflects the ambitious programme of economic development implemented by Morocco, a country whose financial position leads it to be Africa’s financial hub, according to Clifford Chance, one of the world’s leading law firms.

“Over the past decade, it has become a strategic hub for international businesses looking for opportunities in the African continent,” said the firm, noting that Morocco’s strategies for growth are set to be complemented over the coming years with the expected economic development for North, West and Central Africa.

The region would benefit from a rapid expansion of trade, population growth and a variety of vast infrastructure projects, said the analysis obtained by MAP news agency.

Influx of investment signals a growing requirement for a financial centre to serve the rapidly expanding needs of institutions and governments in this region as well as provide a platform for Western and emerging market investors (especially China and India) to back their activities in Africa.

“Morocco is strategically well placed to provide such a platform for investors,” said the source, noting that the country’s decision to create the CFC will help position Casablanca as a gateway to Africa.

The initiative will also boost Morocco’s role as a destination of choice for foreign investment, said Clifford Chance, recalling that Morocco has pursued, over the past decade, a policy to use foreign investment as a strategic support for economic and social growth and to foster the country’s attractiveness to international investors.

This policy has been strengthened by Morocco’s diversified economy, said the firm, adding that “large international companies consider Morocco to be a suitable platform for their investments,” in Africa.

And this thanks to cost competitiveness, strong and stable macroeconomic performances, free trade access to a market of 55 countries representing more than one billion consumers and 60% of the world’s GDP, world class infrastructure, qualified labour force and a steadily improving business climate.

The firm said that CFC is a large-scale, strategic project which aims at creating a financial centre with strong value for foreign investors.

The Moroccan government wants to use CFC to align the country’s business and finance capabilities (including capital markets) with global standards, by improving the regulatory, tax and legal framework for doing business in Morocco, said Clifford Chance.

It also highlighted the key role expected from the Moroccan Financial Board (MFBoard), the company overseeing the development, promotion and overall management of CFC.

The firm also noted that Finance Ministry estimates that CFC will contribute around 2% of Morocco’s GDP and generate some 35,000 new jobs.