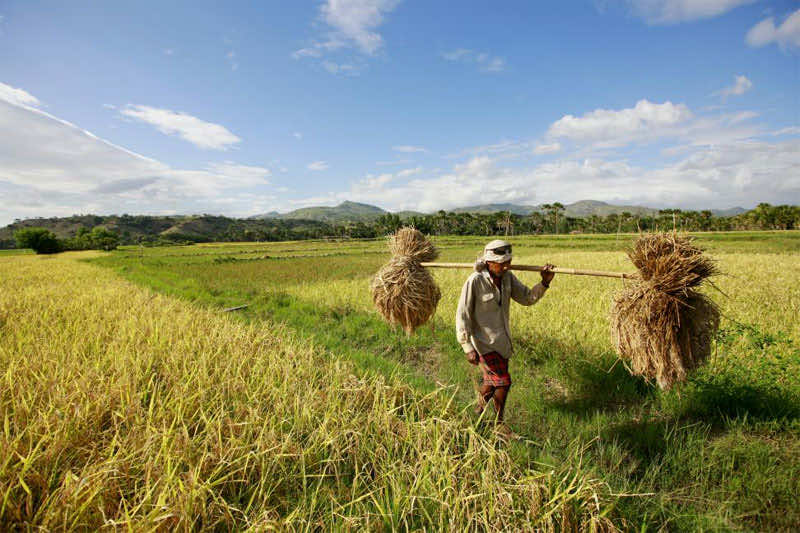 “Globalization creates big winners and big losers, but where food systems are concerned, losing out means sinking into poverty and hunger,” said Olivier De Schutter, Special Rapporteur on the right to food. “A vision of food security that deepens the divide between food-surplus and food-deficit regions, between exporters and importers, and between winners and losers, simply cannot be accepted.”

Mr. De Schutter stressed that the international trade regime must acknowledge the dangers for poor countries in relying excessively on trade, as this exposes them to volatile grain prices, which can quickly change their landscape into one of poverty and hunger, felt by urban and rural consumer alike.

“The food bills of LDCs increased five- or six-fold between 1992 and 2008. Imports now account for around 25 per cent of their current food consumption. These countries are caught in a vicious cycle. The more they are told to rely on trade, the less they invest in domestic agriculture. And the less they support their own farmers, the more they have to rely on trade,” he said.

Mr. De Schutter emphasized that it is this trade-centric approach – strongly championed by the WTO – that is limiting the ability of LDCs to ensure their food security.

“We miss the simplest of win-wins. If we were to support developing world small-holders, who are often the poorest groups, we could enable them to move out of poverty, and enable local food production to meet local needs,” he said.

“In this context, trade would complement local production, not justify its abandonment. The urban poor would have access to fresh and nutritious foods, and the gap between the farmgate price and the retail price would narrow. This, however, requires policy space to limit price volatility at domestic level: it is this policy space that the WTO rules are reducing.”

Far from benefiting from the opportunities provided by access to international markets, LDCs are “victims of the pressure on land, water, and natural resources on which they depend, for which they increasingly have to compete with the agro-export sector,” Mr. De Schutter added.

Mr. De Schutter called on the WTO to take these factors into account and ensure compatibility with the food security agenda to prevent vulnerable populations from experiencing endemic poverty and hunger.

“In the long term, poor net-food-importing countries will not be helped by being fed. They will be helped by being able to feed themselves. This is the consensus of the post-global food price crisis world that even the G20 has recognized. It is disappointing that the WTO continues to fight the battles of the past.”