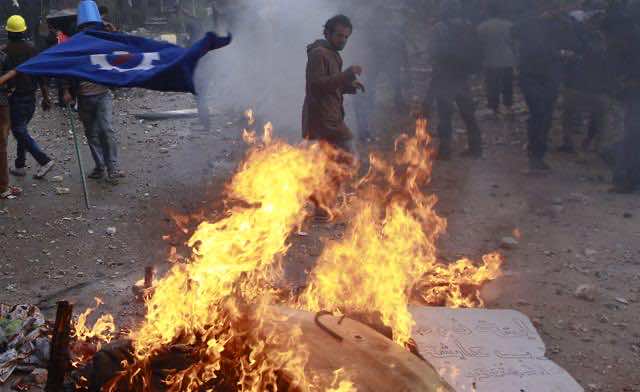 At least one person was killed on Friday and more than 220 hurt in clashes between protesters and security forces outside Egypt’s cabinet office, a health ministry official said.

“One person died of suspected gunshot wounds,” Hisham Shiha told state television, adding that 105 people had been hospitalised and another 68 treated at the scene of the violence.

The clashes, which raged since dawn, were the bloodiest since protests in November killed more than 40 people just ahead of Egypt’s first parliamentary elections since the ouster of president Hosni Mubarak in February.

Violence erupted on Friday after a bloodied protester said he had been arrested by soldiers and beaten up, infuriating his comrades who began throwing stones at the soldiers, witnesses said.