New York - The interim Tunisian President, Moncef Marzouki, decided to sell a number of presidential palaces and allocate funds generated for the advancement of the employment sector in the country. 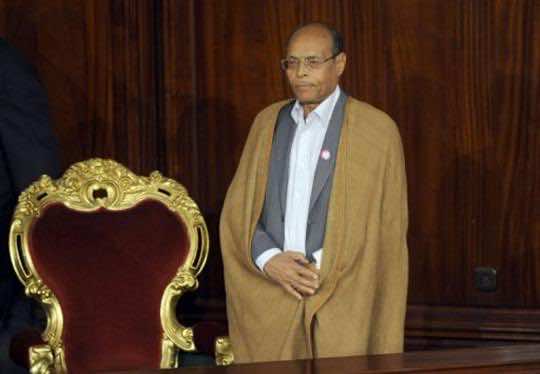 New York – The interim Tunisian President, Moncef Marzouki, decided to sell a number of presidential palaces and allocate funds generated for the advancement of the employment sector in the country.

The Tunisian official News Agency said in a statement that this decision was announced during a ceremony organized on Friday, 16 December, at the presidential palace in Carthage, the northern suburbs of the capital Tunis, during handover of power ceremony between the former interim President, Fouad Mebazaa and the new president, Moncef Marzouki.

“The presidential palaces will be sold, except the Palace of Carthage, to allocate the funds that will be generated from the sales process for the advancement of the employment sector,” President Marzouki was quoted as saying.

Marzouki has recently announced in an interview on state television that 180 thousand families, equivalent to one million people in Tunisia are living below the poverty line and unemployment in the country amounted to 19%.

According to the Tunisian news agency, Marzouki gave his instructions for the returns of artifacts placed the former President’s palaces to the national museums in order “to preserve them and make use of them.”

This decision came as a result of the new president’s eagerness to “preserve the history of Tunisia and maintain its cultural heritage and enable researchers to to study its artifacts, “said the same statement.

The veteran opposition leader, Moncef Marzouki, was elected president on Monday 13 December, a month and a half after the North African country held its first post-revolution election.

He was elected with 157 votes in the 217 member assembly.

On Tuesday, he was sworn in as the country’s first elected president since the North African nation’s revolution sparked the Arab Spring.