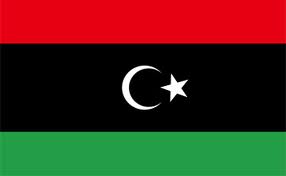 The UN Security Council on Friday lifted sanctions on Libya’s central bank and one of the country’s key foreign investment banks in a bid to ease a cash crunch, diplomats said.

A freeze on the assets of the Central Bank of Libya and the Libyan Foreign Bank was ordered in February as part of sanctions against late strongman Moamer Kadhafi.

The interim government has stepped up calls in recent weeks to release the estimated $150 billion frozen abroad to help pay salaries and keep services running.

In a letter to the Security Council, National Transitional Council chief Mustafa Abdel Jalil said the release of funds was “essential for the economic stability of Libya.”

The official request for the lifting of sanctions was made one week ago and no objections were made by any of the council’s 15 members enabling the assets freeze to be lifted on Friday.

The easing of the sanctions “marks another significant moment in Libya’s transition,” Hague said in a statement released by Britain’s UN mission.

“It means that Libyas government will now have full access to the significant funds needed to help rebuild the country, to underpin stability and to ensure that Libyans can make the transactions that are essential to everyday life.”