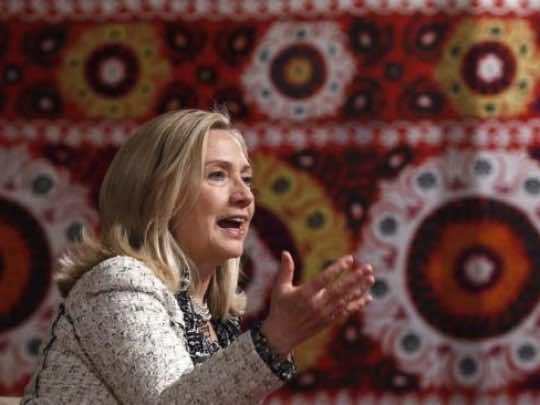 US Secretary of State Hillary Clinton said Friday that women were being sidelined in the hoped-for transition to democracy in Egypt, including during the current parliamentary elections.

“In Egypt, women have been largely excluded from the transition process and even harassed in the street,” Clinton said in prepared remarks for a speech on women, peace and security.

“The best-organized political parties supported few women candidates in the recent elections,” she added, referring to the Muslim Brotherhood’s Freedom and Justice Party.

“And the positions of these parties on women’s rights remain ambiguous at best.”

The Brotherhood and other Islamists, who won more than two thirds of the vote in the first round, are projected to win all three stages of the country’s first elections since a popular uprising ousted president Hosni Mubarak in February. The second round ended this week.

In July, the Supreme Council of the Armed Forces that has been running the country since Mubarak’s overthrow announced that the women’s quota in parliament established by the deposed leader would be abolished.

In the previous parliamentary elections in 2010, women had a quota of 64 seats in the 445-member parliament, or around 13 percent.