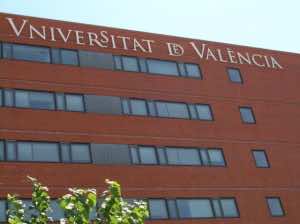 In Valencia, foreign students from non-EU countries seem very unhappy with the new law raising university fees. To avoid its ratification, many have initiated several protests.  The Popular Party wants to charge these students an integrated rate, in other words, a total of 6,000 euros per year. “It’s Madness! Generally, non-EU students come from poor countries, such as Africa and Latin America, and cannot afford to pay this amount of money,” states Zainab Hamzaoui, a student of Moroccan origin who attends the University of Valencia. In addition, Hamzaoui points out that students who pay these rates would rather enroll in a private university, than a public one.

Only a few months back, the minister of Education and Culture, Angel Gabilondo, declared in Morocco that “investing in education is expensive, but not investing at all is more costly.” He delivered this message upon his visit to promote Spanish universities internationally. However, since the PP took power in the major Spanish regions before its victory in the general elections, education has been a sector where spending has been cut.

Valencia has been the first to oppose the new rates and for the moment the protests have made the commission of Les Corts Valencianes (the Regional Parliament of Valencia) postpone the measures. “The students will end up leaving for other regions or even to other countries,” was a message highlighted by The Platform of non-EU Students Against the Rate Increases. “Given the bad grade that Spain has on education, qualified immigration has increasingly been highly valued,” stated a source from the Council of Education in the Embassy of Spain in Rabat. Therefore, the universities have developed multiple international partnerships to attract the brightest students to their classrooms.

“The University of Valencia has been a leading institution in granting every year numerous and substantial scholarships to students from the Maghreb, Latin America, Eastern Europe and Asia. This is the case for Youssef, who arrived in Valencia with a grant, which, in addition to covering tuition, provides accommodation, medical insurance and a monthly allowance of 250 euros for other expenses. “And the department of international relations at the University of Valencia makes sure that this money is spent within the region by checking students’ passports on a monthly basis to ensure that students don’t often travel back home,” recalls Youssef.

“Spain has become our favorite destination, but going forward it will be a country that we will possibly be avoiding for the continuation of our studies. Tuition of 6,000 euros is too expensive,” says Kawtar, who although he studies at a top Spanish school in Morocco has opted to study in France in light of the new rate law. “We should pay the same tuition as the rest of the Spaniards, since we also have to pay taxes. Also, most of us will be making crucial investments in the region since our parents provide us with spending money for our living and personal expenses,” underscores Hamzaoui.

Translation by Daniela Guerrero and editing by Benjamin Villanti