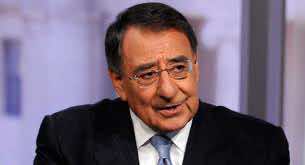 US Defence Secretary Leon Panetta arrived in Tripoli Saturday on the first visit to Libya by a Pentagon chief to study up close the security needs of the new government.

During the visit, which will last only a few hours, Panetta will meet with Defence Minister Osama Jouili and Prime Minister Abdel Rahim al-Kib, said an AFP correspondent traveling with him.

“The purpose of my trip to Libya is to have an opportunity to look at that situation up close but to also pay tribute to the Libyan people to what they did in bringing (former leader Moamer) Kadhafi down and trying to establish a government for the future,” Panetta told journalists travelling with him.