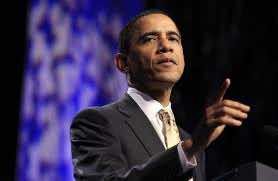 U.S. President Barack Obama assured Jewish voters Friday he remains committed to Israel’s security and a two-state solution with the Palestinians as he defended himself against attacks on his policy from Republican presidential challengers.

Obama, who is seeking reelection next year, argues that he has a steadfast relationship with Israel, meeting its defense needs and intervening to help rescue Israeli diplomats caught in a siege in Cairo in September.

“I am proud to say that noU.S. administration has done more in support of Israel’s security than ours. None. Don’t let anybody else tell you otherwise. It is a fact,” Obama told the Union for Reform Judaism conference.

Saying his “commitment to Israel and Israel’s security is unshakable,” he pointed to U.S. aid in battling fires in the northern Haifa region last year, as well as financial support for Israel’s Iron Dome missile shield meant to thwart regular rocket attacks.

Obama did not name names but left little doubt he was responding to Republican candidates who have recently tried to outdo each other in criticizing his policy toward Israel as they seek to cut into his support among Jewish voters.

Republican candidate Mitt Romney said recently Obama has “repeatedly thrown Israel under the bus,” and Newt Gingrich thrust himself into controversy last week by declaring that the Palestinians are an “invented” people who want to destroy Israel.

Obama, in a pointed reference to his Republican opponents, said the bonds between Israel and the United States “transcend partisan politics – or at least they should.”

The White House wants to shore up support among Jewish voters for Obama’s 2012 re-election bid. He won nearly eight of every 10 Jewish voters in 2008 but a slip would jeopardize his re-election drive in battleground states like Florida and Pennsylvania, where Jews are an important swing bloc.

Obama faced criticism from some Jewish leaders earlier this year when he insisted any negotiations on borders of a future Palestinian state begin on the basis of lines that existed before Israel captured the West Bank and Gaza Strip in 1967.

He also has had a strained relationship with Israeli Prime Minister Benjamin Netanyahu and his Middle East peace efforts have mostly stalled.

But Obama won praise from Israel and its backers for his opposition to a Palestinian push beginning in September to win U.N. statehood recognition, and he has also been credited for taking a tough line with Iran, Israel’s arch enemy.

“We’re going to keep standing with our Israeli friends and allies,” Obama said. He called Iran’s nuclear program a threat not only to Israel but to the world and reiterated Washington “will take no options off the table” in the standoff.

Obama –accused by many Palestinians of not pursuing a policy biased in Israel’s favor –also reaffirmed U.S. support for the eventual creation of “an independent Palestine alongside a secure Jewish state of Israel” and pledged not to waver from that goal.

He met Israeli Defense Minister Ehud Barak on the sidelines of the Jewish community conference, amid high tensions between Iran and Washington and Israel over Tehran’s nuclear program.

The U.S. administration has “worked painstakingly” with its allies and partners to halt Iran’s nuclear ambitions, which Western powers and Israel suspect are aimed at developing a nuclear weapon under the guise of a civilian energy program, Obama said.

“We haven’t just talked about it, we have done it. And we’re going to keep up the pressure,” the president added, calling recently-passed sanctions on Iran the “most comprehensive, the hardest-hitting” the Islamic republic has ever faced.

And he again vowed to “take no options off the table,” a thinly veiled threat of a possible military assault onIran’s nuclear sites.