Morocco World News
Home Western Sahara How Much Costs the Polisario to the Algerian Taxpayer? 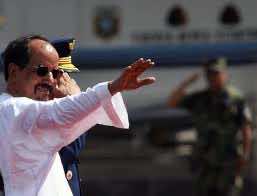 How much costs to the Algerian taxpayer the assistance he affords to maintain the present regime? This is the big question the media are asking. More than one Algerian do not dare to ask this question in public for fear of reprisals. Since then, more than 36 years, the separatist movement which has kidnapped thousands of families during the Western Sahara war to sequestrate them in Tindouf camps in the Algerian territory, was able to survive only thanks to Algerian petrodollars.

Created, financed and armed at the beginning, by the Libyan regime of Mouammar Kadhafi, the Polisario has, after that, seen its destiny fully taken in charge by the Algerian regime under the command of its merciless generals. The Arab spring which has already knocked down two dictatorial regimes in Tunisia and Cairo, starts loosing the tongues in the Algerian Republic, namely among thousands of young people.

The latter are asking how come that in such a rich country such as theirs, millions of citizens do not have the minimum living wage. They wonder how are spent the staggering income of petrol and gas exportations of their country.

The veil casted over the petrol incomes, as it is the case in all the Gulf emirates, pushes the intellectual elite and the young people to ask so many questions about the way this money is managed and who are really benefitting from it.

In the wings, in the street and coffees taking a cup of tea, the unemployed young people or the graduate jobless ones and all the other people, those dissatisfied with society and the underprivileged ones are wondering for instance how much money the Algerian authority has paid for almost four decades to maintain thousands of Sahrawi refugees in the South of the country.

What is the amount of the budget allocated by the intelligence services and taken from the State budget to renew arms and equipments for the separatist movement, to pay the salaries of Polisario leaders, to finance their trips abroad, their stay in five stars hotels everywhere in the world,  to pay the rent and salaries of the movement representations in the five continents, other than the secret financing of the lobbying and propaganda services in favour of a lost cause.

So many questions which remain without answer and on which even the most experienced members of Parliament and the State senior executives can never say a word. From some sources well informed about the slush fund of the military intelligence services, evaluate the amount spent during 35 years for the Polisario survival and the Sahrawi population at more than 60 billion dollars, that is the equivalent of 42.6% of the GDP, estimated at 141 billion dollars for 2009.

Certainly, this figure does not include international humanitarian aids in nature intended for the civil populations in Tindouf camps. To the amount of 60 billion dollars is added loss of profit on the selling price of gas and petrol. Wikileaks has revealed that Bouteflika uses the selling price of hydrocarbons as a means to put pressure on certain European countries to dissuade them from supporting the autonomy plan for the Sahara proposed by Morocco.

If this sum of money was invested in public services, states a well-informed observer in Algiers, this country would have been today among the first twenty nations regarding human development and no Algerian would have needed to emigrate illegally to Europe in a boat, risking to lose his life in the depth of the Mediterranean Sea.