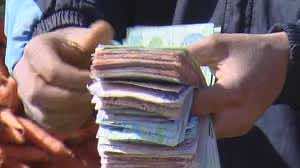 Switzerland will release the assets of the Central Bank of Libya and its subsidiary, the Libyan Foreign Bank “as soon as possible”, a government spokeswoman said Saturday.
The announcement came after the UN Security Council on Friday lifted the sanctions imposed on the Libyan banks during the regime of Moamer Kadhafi, ousted from power by a rebel army in August and later captured and killed, in order to prevent a liquidity crisis.

“Switzerland will lift the sanctions as soon as possible concerning the two banks,” Antje Baertschi of the State Secretariat for Economic Affairs (SECO), told AFP, confirming an ATS report.

An estimated $150 billion of assets were frozen around the world in February after the Security Council ordered the sanctions against Kadhafi’s Libya.

The new Tripoli authorities had called to release the money to pay for salaries and key services amidst a growing threat of economic deadlock.

“The assets overseas which are the property or controlled by these (Libyan) banks which had been blocked by the UN resolution must now be unblocked,” said Baertschi.
Nearly 265 million Swiss francs (217 million euros, $283 million), 90 percent of which belong to Libyan state enterprises, are still blocked in Switzerland, according to the SECO spokeswoman.