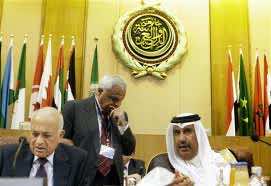 Both the Qatari and the Omani foreign ministers have said that Syrian President Bashar al-Assad will sign an Arab peace plan to end the ten-month violent crackdown against protesters and dissent before an Arab League meeting later this week.

According to Al Arabiya, Qatar’s foreign minister, Sheikh Hamad bin Jassim al-Thani had said he had information Assad would sign the plan, but gave no further details. Sheikh Hamad heads an Arab ministerial committee on Syria.

Assad has repeatedly stalled over the plan, which calls for an end to bloodshed, the release of prisoners, the withdrawal of troops from cities, a start to talks with the opposition and Arab monitors on the ground.

“We are optimistic that Syria will join the Arab League in signing the protocol, which is ready now, within 24 hours,” Youssef bin Alawi bin Abdullah, the Omani foreign minister said ahead of a Gulf Cooperation Council in the Saudi capital due to start on Monday.

“That is what we hope for. If not, the Arab League foreign ministers will meet on Wednesday to consider measures that might be taken in the future,” he added.

A committee of Arab foreign ministers on Syria said on Saturday Arab states may take their proposals for ending Damascus’s crackdown on protests to the U.N. Security Council next week unless the Arab country agreed to implement the initiative.