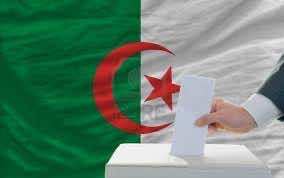 Algerian President Abdelaziz Bouteflika on Sunday invited international observers to monitor a spring 2012 legislative vote he promised would be the country’s most open ever.

At a cabinet meeting, Bouteflika tasked the government with inviting foreign organisations “to massively deploy their observers for the next legislative election,” a statement said.

The statement cited the Arab League, the Organisation of Islamic Cooperation, the African Union but also the United Nations and the European Union, which has never monitored polls in Algeria.

“I look forward to the upcoming legislative election which will be held amid unprecedented plurality,” the president said.

With popular uprisings toppling leaders and generating major political upheaval on his doorstep, Bouteflika has come under pressure to produce a reform package of his own.

Critics have argued that the reforms offered so far by Bouteflika, who has been president since 1999 and was already a minister in Algeria’s first post-independence cabinet in 1962 — were cosmetic.

Bouteflika defended his programme last week and said his government was acting responsibly in “promoting a climate conducive to political reform”.