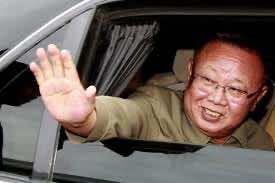 The official news agency KCNA said Kim died on Saturday of a “severe myocardial infarction along with a heart attack” on board a train during one of his field trips outside the capital of the communist country.

An autopsy was performed on Sunday, and the North declared a period of national mourning from December 17 to 29.

Meanwhile, the Yonhap news agency said the South Korean military has been placed on emergency alert, as shares on the stock market in Seoul fell nearly five per cent.

Kim is believed to have suffered a stroke in 2008 but appeared relatively vigorous in photos and video from recent trips to China and Russia and in numerous trips around the country carefully documented by state media.

The leader, reputed to have had a taste for cigars, cognac and gourmet cuisine, was believed to have had diabetes and heart disease.

The news comes as North Korea prepares for a hereditary succession. In September 2010, Kim Jong-il unveiled his third son, the twenty-something Kim Jong-un, as his successor, putting him in high-ranking posts.

“Just a couple of days ago, it was publicised that he was visiting a military installation,” Don Kirk of the Christian Science Monitor told Al Jazeera.

“Obviously there will be a long period of pubilc mourning in the country, but the sense is that at least he organised his succession with [his son] Kim Jong-un taking over.”

“The country looks stable, but whether it will remain stable is not clear,” he said.

Pyongyang is due to celebrate the milestone 100th birthday of Kim Il-sung in April 2012. 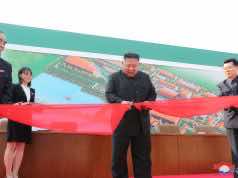