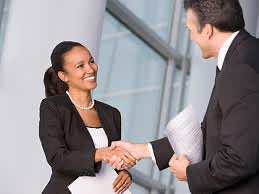 Politeness is a social behavior common to all cultures despite their value systems and the levels of formality they acknowledge. Linguistic politeness is a commonplace practice that is acquired through the process of socialization. Though part of politeness is purposefully taught in educational institutions, the bulk of courteous behavior is picked up from social interaction. Through vicarious learning, humans can discern whether a behavior is acceptable or not without experiencing it, such as by observing its repercussions on others, a risk free maneuver.

Polite speakers use a myriad of strategies to soften their speech and reduce the force of potentially aggressive utterances, bearing in mind that social interactions are largely shaped by power struggles either in the households among spouses or in the workplace among colleagues. We also use politeness to save “face”.  This term refers to a positive self-image the individual tries to protect during social interactions. When we talk in a polite manner, we try to earn respect, sympathy, approval and avoid conflict.

Polite speech patterns are more associated with women. A close examination of women’s vocabulary reveals a high frequency of cordial and gracious words in comparison with men’s speech. In other words, women tend to be more affected by the way they speak while men can be more spontaneous. It is well know fact that any linguistic behavior has social undercurrents. There are social constraints that shape our manners, our word choice and even our speech tone. Women are no exception especially as their status has been for long time inferior to men. This discrepancy in power results in a sharp difference in speaking styles. The pressing question remains why do women opt for linguistic politeness more frequently than their male counterparts?

In patriarchal societies, men have often dominated the public life while women were confined to a disempowering domestic sphere. Consequently, their social interactions have been restricted and so is their speech. Some linguists argue that women choose polite speech as a coping strategy to avoid threatening confrontation. Besides, young girls are often raised with an emphasis on their physical and social image. In fact, women are expected to maintain an aesthetically acceptable appearance and a moral conduct, otherwise they run the risk of rejection and social stigma. The Japanese culture, for instance has a depreciative view on women. Therefore, Japanese women are required to use more formal expression especially when addressing males.  As is the case in many cultures, women are expected to embody the “ideal feminine” sought by society.

Despite the fact that the women’s rights movement has gained momentum in recent years, the same old portrayal of women is still persistent and carved in the collective unconscious of most conservative societies.  Concepts like virtue, domestic obligations, beauty standards and moral accountability are real impediments to women’s assimilation in a male dominated society. No wonder that their speech is different and robustly more polite.