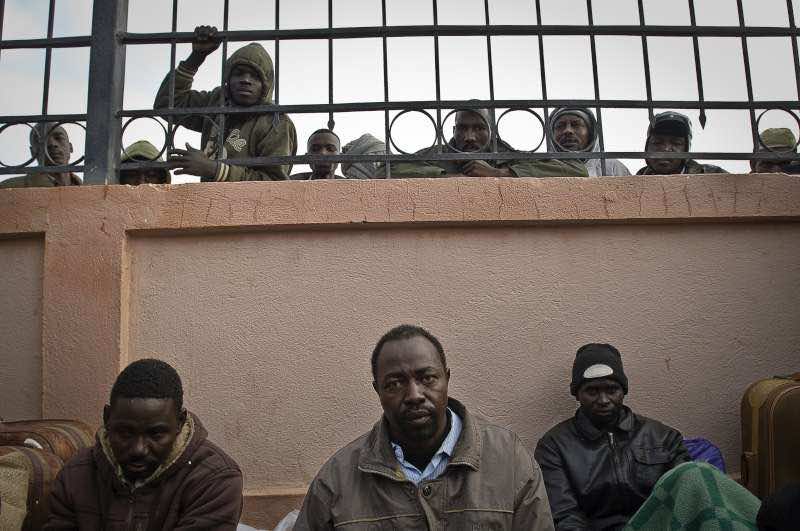 The Algerian League for the Defense of Human Rights (LADDH) has just launched an urgent call alerting the public over the “dramatic situation” of dozens of Sub-Saharan immigrants who are detained in an expulsion center at Ain Salah, in the south of Algeria. Among these detainees, are women and children who are found in inhumane conditions awaiting imminent deportation, declared the LADDH. The association reminds the authorities that Algeria has ratified the international conventions regarding human rights, which consider “absolutely illegal” the type of treatment being inflicted on this contingent of people.

“The migrants are dismissed without any resources and abandoned in the desert without any type of protection, which suggests a flagrant violation of the international legislation,” alleges the LADDH. The human rights organization, thus, calls on the authorities “to take urgent measures to guarantee protection and assistance to these people who are in such vulnerable conditions.” “In a moment, where all eyes lying on the Sahel region are focused on the evolution of the Maghrebi branch of Al Qaeda regime or the disturbing developments of organized crime, the situation of sub-Saharan immigration has come to occupy a noiseless and unimportant priority for the media,” claims the representative from the LADDH.

It is not problematic to the South

Even though there are recurrent complaints on behalf of collective groups for human rights and immigrants in the North African region currently indicating abuses and violations by the authorities from different Maghreb states, many in the Western media have stopped drawing attention to this situation. One nation worth mentioning is Libya, whose National Transition Council has shown little concern for the situation of immigrants of Sub-Saharan origin. “Europe seems concerned solely about the immigrants who reach their shores, or are most visible, while problems stay submerged in the southern Mediterranean leaving this matter with little significance to Brussels,” complained Abdelkrim Bengueldouz, who is a Moroccan expert in migration.