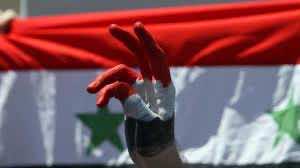 Damascus was set to give its agreement later Monday to an observer mission to monitor implementation of a deal to end nine months of bloodshed, an Arab diplomat told AFP.

“The Syrian government is going to sign the protocol this afternoon,” the diplomat said, speaking on condition of anonymity, adding that Deputy Foreign Minister Faisal al-Maqdad would ink the document at Arab League headquarters in Cairo.

League officials declined to comment but airport sources confirmed that the Syrian minister had arrived in the Egyptian capital.

The Omani minister responsible for foreign affairs said on Sunday that he was “optimistic” that Syria would ink the deal on Monday.

“We are optimistic that Syria will join the Arab League and sign the protocol within the next 24 hours,” Yussef bin Alawi told reporters in Riyadh.

Qatari Prime Minister Sheikh Hamad bin Jassem Al-Thani, who chairs a League taskforce on Syria, also said that “we have received information stating that he (Syrian President Bashar al-Assad) will sign the protocol.”

The 22-member Arab bloc has been trying to persuade Damascus to accept observers to monitor implementation of its plan to end the bloodshed which the regime unleashed against pro-democracy protests that erupted in March.

On November 27, the bloc approved a raft of sanctions against Syria for failing to heed an ultimatum to admit the observers, including suspension from its meetings.

Earlier this month, Syria finally said it would allow in the mission, but laid down a number of conditions, including the lifting of sanctions.