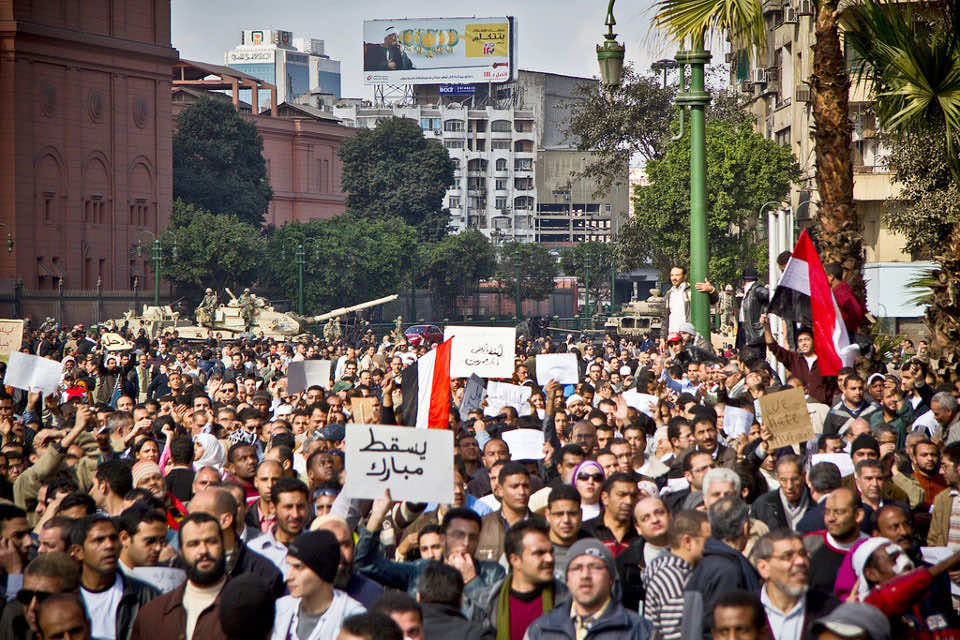 The United Nations human rights chief today strongly condemned what she described as the “brutal suppression” of demonstrations by the military and security forces in the Egyptian capital, Cairo, saying the violence reportedly left at least 11 people dead and more than 500 others injured over the weekend.“The graphic images of protesters, including women, being brutally clubbed and assaulted, long after the point when they are showing any resistance, are utterly shocking,” said Navi Pillay, the High Commissioner for Human Rights, in a press release.“People lying motionless on the ground are shown on film being smashed on the head and body with sticks. These are life-threatening and inhuman acts that cannot possibly be justified under the guise of restoration of security or crowd control.”Ms. Pillay recalled that less than a month ago she deplored the use of excessive force, including live ammunition, by security and military forces against peaceful protesters, which by 23 November had reportedly resulted in the death of some 30 demonstrators.

“Some of those who were filmed this weekend, including those viciously clubbing and kicking an apparently unconscious half-naked woman, should be easy to identify. Consequently, there must be arrests and prosecutions,” she said.

“It seems that Egyptian security forces, and their political and military commanders, have learned nothing over the past year, including the fact that actions like these simply fuel further anger and protests and make a resolution of Egypt’s political, social and economic problems more difficult to achieve.”

Ms. Pillay reiterated her call for an impartial investigation into all incidents of abuse and violence, including killings, torture and the use of excessive force by security and military forces. She called for end to the violence, stressing that those responsible must be face justice.

She also called for the immediate release of all detained protesters and for an end to the media campaign aimed at discrediting peaceful demonstrators. Ms. Pillay also urged protesters to preserve the peaceful nature of their demonstrations.

“The ruthless violence being used against unarmed women protesters is especially shocking and cannot be left unpunished,” she said. “There have also been extremely disturbing reports of the ill-treatment of women in detention. These must be immediately investigated and perpetrators brought to justice.”

She urged Egypt’s senior military and political leaders to act on the violence or risk future prosecution for complicity in serious crimes.

“The Egyptian authorities have to show a real commitment to human rights, including through the full eradication of ill-treatment, a comprehensive reform of the security sector, lifting of the state of emergency, and the respect of the rule of law and fundamental freedoms, particularly freedom of expression and freedom of assembly and association.”

Secretary-General Ban Ki-moon in a statement yesterday also called on Egypt’s transitional authorities to show restraint, voicing concern over the resurgence of violence in Cairo.