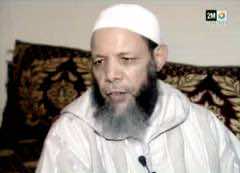 A Moroccan imam who has issued a religious decree that girls as young as nine years old can marry should not be let into the Netherlands, the Dutch foreign minister said Monday.
“There are reasons why this person should be refused a visa,” Uri Rosenthal said in a letter, written to the country’s lower house of parliament.

Mohamed Al-Maghraoui was supposed to take part in a conference organized by The Hague-based As-Sunnah mosque later this week, Dutch media reported, but so far has not applied for a visa, said Rosenthal.

“Seeing the amount of time needed to process the visa through consultation with the Schengen partners, the issuing of such a visa is practically not possible,” he added.

Rosenthal did not give reasons why the imam would be refused a visa. Author of a 2008 fatwa, or religious opinion that girls as young as nine can marry, Al-Maghraoui was condemned by Morocco’s top body of Islamic scholars for his views. His website was closed down the same year.

The minimum marrying age for women in Morocco is 18.