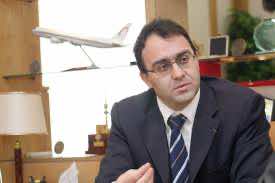 Istiqlal Party’s Karim Ghellab on Monday was elected Speaker of the House of Representatives from the first ballot.

Voting operation to choose the new House Speaker was held amid stormy debate over the constitutionality of Ghellab’s candidacy, as many lawmakers said his candidacy is unconstitutional in the eyes of article 14 of the organic law of the House. He is the Equipment and Transport Minister in the outgoing government.

The article stipulates that the term of a member of the House of Representatives is incompatible with being member of government.

The deputies of the Social Union of Popular Forces, which opted for the opposition following the legislative elections of November 25, walked out  from the session in protest against the “violation of the Constitution,” referring to the above-mentioned article.