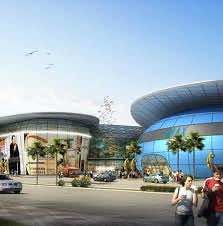 After the publication of our article in which we denounced the fact the Morocco Mall Official Presentation in English cut Morocco off from its Sahara, the Group Aksal, shareholder in the Morocco Mall, has quickly reacted and rectified its glaring oversight.

In stark contrast with Morocco’s mainstream media, Morocco World News has been the only news outlet to denounce this fact and raise people’s awareness about this misshape that comes just a few days after Morocco’s map was shown truncated from the Sahara during the opening ceremony of the Pan-Arab Games, which Doha is hosting (December 9 – December 23, 2011), when the organizers presented the Moroccan delegation  followed by the broadcast of a Moroccan map excluding the Moroccan Sahara.

“I can’t believe it”, ‘shocking”, “unacceptable”, “insulting” was the common words used by frustrated and disgruntled Moroccans, who were taken aback by this news. The facebook group E-Maroketing was the first social media group to bring this oversight to people’s attention.

“That is really so sad” said Fadoua, a Moroccan resident in New York, while expressing her disappointment that Morocco’s mainstream media overlooked this incident.

“I have been defending and talking about this issue since I arrived here and now I see saw the Moroccan map divided into two parts,” she added.

Ali, a graduate student at the University Moulay Ismail of Meknes, described the incident as “absurd.”

“I think it is just a shame that we do not have a media that is solid enough to speak in favor of this country, its people and its causes,” he stressed.