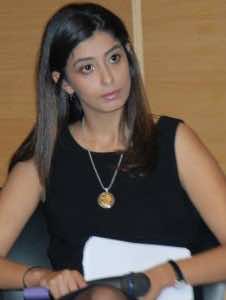 The Following is a translation of a letter sent on December 17 by Mrs Salma Zaz-Ahmed to the Consul General of France in Casablanca and published in Qandisha Magazine.

Mr. Consul General, I am writing to share with you my outrage at the treatment that I suffered during the deposit of my folder for a visa application on the part of your agents of the Consular Visa Service at the French Consulate in Casablanca.

Demeaning, humiliating, odious, and unacceptable are the adjectives to describe the reception and the service provided by your agents.

This same treatment is reserved for most of my fellow citizens when they are dealing with the visa request service.

It you were to pass in front of the entrance of the consulate and heard the complaints and comments from all those who are waiting on the outside porch, you would realize the contempt and the behavior of your agents.

The security officer had warned me: “Especially lower the head, do not respond to them, keep being polite regardless of the circumstances, and once you leave the premises, you do as everybody does: express all the evil that you can think of them”.

What follows is my bitter experience from this past week. I let you be the judge. A few days earlier, I called the visa office to arrange an appointment and submit my visa application for Wednesday, December 14 at 8 am.

Upon arriving at Counter 2, after the officer did not respond to my hello, I tried to explain that I am the spouse of French citizen, but that I had deposited a folder for a visa for normal movement of a duration 5 days because I had not yet obtained the transcript of the act of marriage and the family booklet – the documents required to perform a French spouse visa request. Neither did she listen to me nor answer me.

She began to list the documents that I gave her, while checking the boxes on her form, until arriving to the box of married: “But you’re the spouse of a French national?” she says aggressively. “Yes Madam, that is what I have tried to explain to you… – “But i don’t have the time”… was her response in a very derogatory way without any other explanation or advice.

She disappears and after some time returns.

“No, Madam, it is necessary to go through the special visas services,” she said.  “But I do not yet have a transcript of the act,” I say, showing her a copy of the e-mail from the office of Nantes confirming the transcript of the act of marriage and that I would be obtaining in the coming weeks the family book.

“I told you the other office,” she answered in a high tone of voice and with little courteousy. I therefore came before another person in the service of special visas.

“Where is the transcript of your act?” the agent wonders fuming. “Did  your colleague explain to you my case?” I told her. “As if we had the time to do that.”

“This is not my problem,” she said to me in a humiliating way and threw the folder before my face.

I went back to the initial window for a normal visa, shocked by this offensive behavior. Another officer arrived and told me in a derogatory way:

“You take your little legs and go to the civil service status and you will get a copy of the document. You will then see a request for appointments and in ten days, you can reapply with your case. In fact, why would you travel? For the holiday season. Ah, so this is not very important… This sort of reason does not provide you with any advantage as the spouse of a French citizen.”

After a long negotiation, I managed to return to the Office of Civil Status, which of course did not have this document that in vain I tried explaining was told I could get from them.

Thanks to the intervention of an officer in the Office of Civil Status, I eventually filed an application for a normal visa, so back to the starting box.

The agent accepted all documents and told me that I had missed the certificate ‘d’accommodation’ issued by the town hall in France where I would be staying. She told me to return with the document the next week.

That is, in summary, what I have suffered from the behavior of your agents.I will spare you the harsh and haughty expressions against me.

Mr. Consul General, your services for the handling of visas are deplorable in terms of the human and professional quality of their interactions with the public.

The lack of respect, the rudeness and inappropriate behavior, which has been demonstrated by these agents today, ignite my indignation and my anger. It is obvious that your staff has received no training in reception and customer service.

I suggest that you take the example of the visas services of the consulate of Great Britain in Rabat.

At the end of the process for handling visas, a person is invited to complete a survey about their “satisfaction,” aimed at improving the quality of their services.

In case some of your agents in the visa department do not like their work, I invite you to follow the example of the consulate of India in London, where the processing of visas has been outsourced for several years to a company specialized in this service, providing complete satisfaction to applicants.

This would be less costly to French taxpayers, while offering a quality service that would be the exact opposite of the services you offer today.

The Moroccan citizens, of whom I am a part, wanting to travel to France strongly wish you to act to end these practices of another era.

It is unacceptable and it is unfortunate that in this day of age we can be treated in this way by your staff. It is time that this ends.

Please accept, Mr. Consul, the assurances of my highest consideration.

Translated by Admou  Allal and edited by Benjamin Villanti