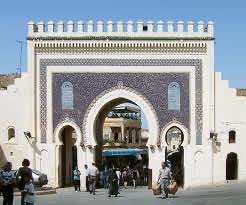 The 3rd annual conference of the Arab Anti-corruption and Integrity Network opened on Monday in Fez with the participation of officials from the public and private sector along with donors and experts from different Arab speaking countries.

The three-day event is co-held by the National Authority for the fight against corruption (known by its French acronym ICPC) and the United Nations Development Programme (UNDP) and the Arab Anti-corruption and Integrity Network under the theme “Mechanisms to reinforce collective participaton in the fights against corruption.”

Speaking at the opening session, Head of the ICPC Abdesselam Aboudrar said that hosting the meeting in Morocco is a recognition of the Kingdom’s efforts in terms of implementing regional and international anti-corruption measures.

The event also mirrors the level of development and cooperation between Arab speaking countries in the field of fighting corruption through reinforcing integrity in the  public sector, Aboudrar said, noting that Morocco has always voiced commitment to universal integrity and transparency standards.

He also recalled that Morocco’s new constitution enshrines the ICPC as a National Authority for integrity and the prevention and fight against corruption.

For his part, Chairman of the Arab Anti-corruption and Integrity Network Ahmed Al Anassi said that the current context in the Arab region requires doubling efforts to counter corruption and develop national integrity promoting strategies.

He stressed the need for enhancing national laws in the region to meet international standards.