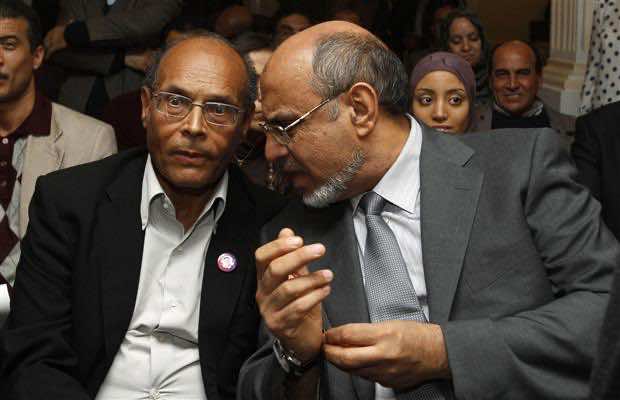 Tunisia’s new Prime Minister Hamadi Jebali on Tuesday presented his new team to the country’s president, though the make up of the new government was not publicly unveiled.

New President Moncef Marzouki will submit the list of names to the constitutional assembly on Thursday, Jebali said on national television.

Jebali is number two of the moderate Islamist Ennahda party, which won elections for the new constituent assembly in October, the first since the Arab Spring revolution that toppled veteran president Zine el Abidine Ben Ali in January.

Tunisia is in the midst of a major social and economic crisis and observers say it is vital to get a new government up and running as soon as possible to start tackling the problems.

Jebali, who was designated premier this month, has said his cabinet will include 26 ministers, six junior ministers under the prime minister and six secretaries of state.

The three main parties in the constituent assembly, Ennadha and its allies on the left — Marzouki’s Congress for the Republic (CPR) and Ettakatol — have been negotiating for two weeks on the makeup of the cabinet.

Sources said the new government would be dominated by Ennahda. The main winners of the October 23 elections, the Islamist party is expected to be handed top jobs such as foreign and home affairs and the justice department.

“This is the first legitimate and popular government after the revolution and the elections. I hope it will be backed by the constituent assembly and that it will win the people’s consent,” Jebali said after his meeting with the president.