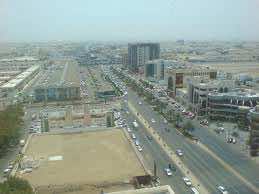 Two Egyptians accused of murdering a Filipino were beheaded by the sword in the Saudi capital on Wednesday, said the interior ministry.

The pair, Wael al-Sayed and Rizq Rajab, lured the Filipino driver by saying they wanted to rent his truck before killing him and stealing the vehicle, the ministry said in a statement carried by SPA state news agency.

The beheadings bring to 75 the number of executions in Saudi Arabia this year, based on an AFP count.

In September, Amnesty International called on the ultra-conservative Muslim kingdom where 140 people were on death row to establish an “immediate moratorium on executions.”

The London-based rights watchdog said Saudi Arabia was one of a minority of states which voted against a UN General Assembly resolution last December calling for a worldwide moratorium on executions.