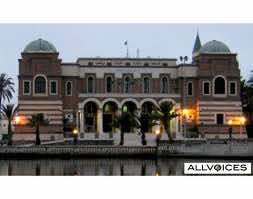 The European Union lifted sanctions on Libya’s central bank and a key investment bank on Wednesday in line with a UN decision to help the post-war economy after Moamer Kadhafi’s downfall.

The EU said in a statement it unfroze all funds and assets of the Central Bank of Libya and the Libyan Arab Foreign Bank held in the 27-nation bloc “so as to support the recovery of the Libyan economy and assist the new Libyan authorities.”

The UN Security Council removed the sanctions on the two institutions on December 16.

The EU, however, decided to maintain a “partial freeze” on the Libyan Investment Authority and Libya Africa Investment Portfolio. The EU’s decision comes into force on Thursday.

An estimated $150 billion of assets were frozen around the world in February after the Security Council ordered sanctions against Kadhafi, who was overthrown and killed on October 20 following an uprising.