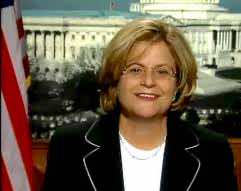 Ileana Ros-Lehtinen (R-FL), Chairman of the House Foreign Affairs Committee, said Morocco is an “important strategic partner” that has been implementing reforms towards more democracy.

“I support Morocco’s continuing reform efforts to make it a more democratic and prosperous nation,” a statement quoted Ros-Lehtinen as saying at the US House of Representatives.

The legislative elections of November 25 “were another important step toward building a more democratic and inclusive country,’ underscored the Congresswoman.

“The level of participation in the election of a new parliament demonstrates popular support for this reform agenda,’ she highlighted.

Ros-Lehtinen voiced support for the democratic aspirations of the Moroccan people and encouraged the newly elected parliament and the incoming government to “follow through on constitutional and other reforms to protect fundamental freedoms and human rights”.

On the Sahara issue, she stressed that the U.S. must continue to seek a fair, just, and enduring solution to this regional dispute in order to promote regional integration and protect U.S. security interests in the region.