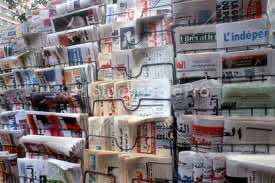 Talks led by PJD Secretary General with the coalition parties to form the incoming government, the constitutional debate stirred by the election of a new Lower House Speaker and issues relating to the rejection of the Morocco-EU fisheries deal made the main headlines of the Moroccan dailies issued on Wednesday, December 21.

According to Assabah, Abbas El Fassi, head of the Independence Party (PI), has handed Benkirane a list of cabinet candidates from his party.

The Progress and Socialism Party (PPS) continues to push for the portfolios of education, health and tourism, writes the same paper.

In the same vein, Al Ahdath Al Maghribia said that the Benkirane received the green light to include the portfolio of Minister of State instead of the post of Deputy Head of Government.

The Majority of Moroccan dailies also tackled the constitutional debate over the election of Karim  Ghellab, the Transport and Equipment Minister in Abbas EL Fassi’s Government, as Lower House Speaker.

Bayane Al Yaoum writes that Ghellab resigned from his post as Minister following his election by MPs.

The repercussions of the rejection by the European Parliament to extend the Morocco-EU fisheries accord were covered by most dailies.

Fishermen in southern Spanish region of Andalusia, who bore the brunt of the suspension of the deal, are calling for reopening negotiations with Morocco, reports Bayane El Yaoum.

On the other hand, Moroccan fishermen are satisfied with the cancellation of the fisheries accord and expressed opposition to any renewal of the accord or the re-launch of any negotiation concerning a new fisheries deal with the EU.

The European Parliament’s decision to scrap the fisheries deal casts doubt on the expansion of the Morocco-EU agricultural agreement, due to be examined next January, argues Le Soir Echos.