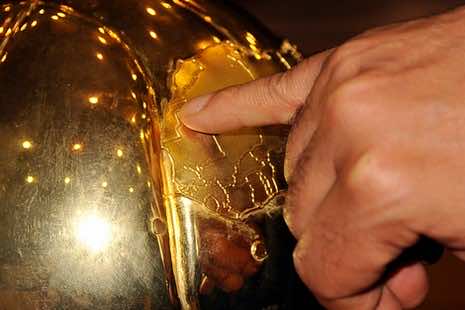 Fez – Some non-Moroccans say “get over it, it’s just a map”. For Moroccan it has never been just a map and it will never be just a map. It’s our history, our identity, it’s who we are.

In past few weeks, incidents have happened because of the cutting of the map, separating the Western Sahara from the Moroccan territory, which have generated a lot of public outrage and frustration at how the media dealt or didn’t deal with such a serious issue.

It all started in the Pan Arab games organized in Doha, Qatar (December 9- December 23, 2011), when at the opening ceremony the Moroccan map was shown cut off. The Western Sahara was separated from the rest of the Moroccan territory.

The same night Moroccans got outrageous which was expressed on different social media forms demanding that Qatar correct the “mistake” and present an official apology to the country. They also demanded that the Moroccan athletes should withdraw from the games as a protest to the cutting of the map.

An anonymous group of Moroccan hackers under the name ““Moroccan Deterrence Forces” (MDF) also launched a series of attacks on some of the most vital Qatari websites, that cost the Qatari government large sums of money within a couple of days due to the complete shutdown of the websites.

It’s also worth noting that Morocco World News still has the document that stands as evidence against Morocco Mall’s denial. Moroccans were outraged for the second time because that was a crossing of the line on their own land, not in another foreign country that might claim its ignorance of the Moroccan history and apologize for it.

A third incident popped out during the African Club Basketball Championship finale that took place yesterday in Salé where L’Etoile Sportive du Sahel was awarded as the winner of the cup. That cup turned to be a matter of a big controversy and fury, as the Moroccan map engraved in it that was also cut into half separating the Western Sahara from the Moroccan territory.

This only makes one wonder about the position of the Moroccan officials and Moroccan media from what’s happening to the Moroccan map in and outside of the country.

The public expresses its frustration from the way the officials and media are not dealing with what happened and still happening in complete silence from both. It is also worth mentioning that as soon as the news Map spread, the Riff Hussaimi Moroccan team which won the 6th rank in the Basketball Championship gave up on its rank condemning the act of cutting the map which they described as “an irresponsible action on the part of the African Union of Basketball”.

The Moroccan media and the Moroccan officials are still taking the side of silent observers with no sign of condemnation. We ask that measures are implemented to prevent such occurrences from ever happening in the future.