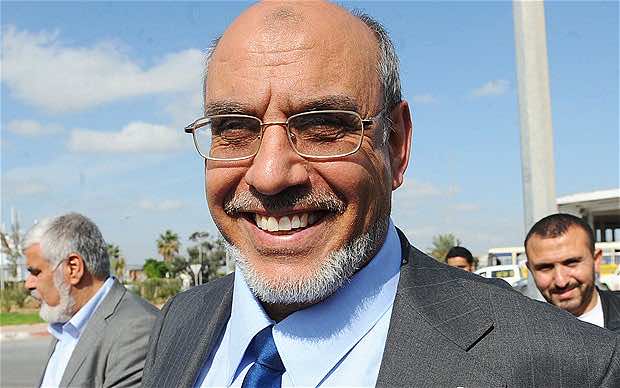 The list of 41 cabinet members was drawn up two months after Tunisia’s first free elections on October 23, which chose an assembly tasked with writing a new constitution following the ousting of Zine El Abidine Ben Ali in January.

The constituent assembly is to meet Friday to approve the premier’s list of appointees, the subject of weeks of negotiations between the moderate Islamist Ennahda and its two left-leaning allies.

The selection of a new government is a major milestone in Tunisia, following the country’s protests against Ben Ali that began in December 2010.

The demonstrations triggered what would become the Arab Spring — a series of uprisings across the Arab world that led to the overthrow of several veteran dictators.

Ben Ali ultimately fled to Saudi Arabia, and Tunisia has charged him in absentia with many crimes including murder.

In Tunisia’s first free elections, Ennahda won the largest bloc of seats, gaining 89 out of 217 available, and Jebali, the party’s number two, was designated premier earlier this month.

Moncef Marzouki of the Congress for the Republic (CPR) became state president and the Ettakatol party’s Mustapha Ben Jaafar was chosen as speaker of the assembly.

The north African nation is in the midst of a major economic crisis, with observers saying it’s vital for the new government to get up and running as soon as possible.

Faced with economic and political uncertainty, some foreign investors have already quit. Japanese group Yazaki, a major maker of automobile electrical cables, on Tuesday shut one of its Tunisia factories following a strike.

The new government, however, may now be able to persuade companies the business environment is improving.

“The Ennahda Islamists are theoretically in a good place to convince investors and operators, both foreign and Tunisian,” French-language daily newspaper La Presse said in a Thursday editorial.