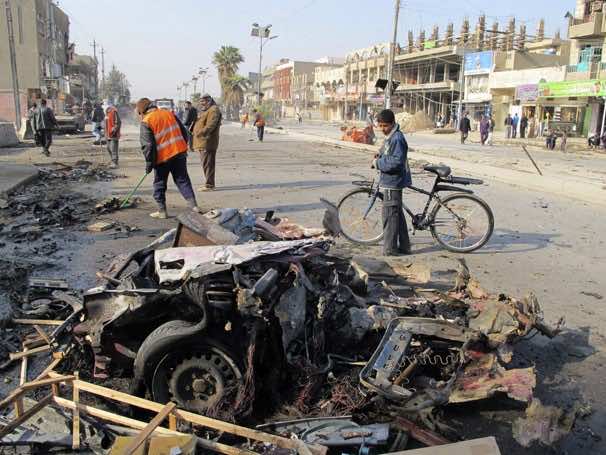 The United Nations envoy for Iraq has strongly condemned today’s bomb attacks that caused a large number of deaths and injuries in the capital, Baghdad, and urged all of the country’s leaders to unite and bring the violence to an end.

“These horrendous crimes being committed against the Iraqi people need to stop and violence must end if this country is ever to achieve the prosperous and secure future its people duly deserve,” said Martin Kobler, the Special Representative of the Secretary-General and head of the UN Assistance Mission for Iraq (UNAMI), in a statement.

Media reports indicated that the series of bomb blasts at various locations in Baghdad in the morning rush-hour killed more than 60 people and wounded more 180 others. Among the victims were children, Mr. Kobler said.

“No Iraqi citizen and most definitely no innocent child should endure what is being inflicted on them. It is the duty of all leaders in Iraq to act swiftly, responsibly and in unity to shoulder their responsibilities to end the ongoing violence.

“The people of Iraq have the right to live without fear for their lives, safety and security. They deserve a secure and prosperous future,” said Mr. Kobler.

On Tuesday, Secretary-General Ban Ki-moon said that the completion of the withdrawal of United States troops from Iraq had opened a new chapter in the country’s recent history, terming the departure of the foreign forces an opportunity for Iraqi leaders to demonstrate their capacity to steer the nation towards a better future.

Mr. Ban said he is closely following the political situation in the country and urged the leadership to engage in inclusive and constructive dialogue to resolve their differences and build on the achievements that have been made so far in laying the ground for a democratic State.