Washington, December 22, 2011 (MAP)The legislative elections of November 25, which were won by the Justice and Development Party (PJD), is another demonstration of "Moroccan exceptionalism," in a regional context of upheaval and uncertainty, wrote on Thursday the U.S. magazine "The National Interest." 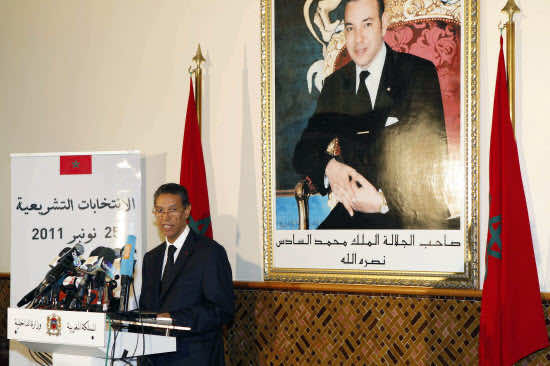 The legislative elections of November 25, which were won by the Justice and Development Party (PJD), is another demonstration of “Moroccan exceptionalism,” in a regional context of upheaval and uncertainty, wrote on Thursday the U.S. magazine “The National Interest.”

“The elections took place after the ratification of a new constitution that was initiated over the summer by King Mohammed VI” last July to the Moroccan people, consolidating the prime minister’s powers, said the prestigious U.S. publication.

Voting was monitored by four thousand national and international observers, who considered the operation as “free, fair and transparent,” and it received praise from Secretary of State Hillary Clinton as well as from the French foreign ministry, recalled the author of the article, Ahmed Charai, publisher of the French edition of Foreign Policy magazine and sits on the board of Trustees of the Foreign Policy Research Institute and the Center for Strategic and International Studies in Washington.

The PJD success, he said, is testimony to “the party’s formidable political organization” and reflects the resonance of its stance against corruption and for a better management of the economy.

The magazine recalled, in this context, that the PJD “joined the country’s political mainstream in supporting the constitutional reforms” offered by HM King Mohammed VI.

In its platform, the PJD pledged its support for the struggle against terrorism, endorsed Morocco’s free-trade agreements with Europe and the United States, backed Morocco’s role as a facilitator in peace efforts between Israelis and Palestinians, said the National Interest.

Morocco, said Charai, has its own safeguards against extremism, as “The king, in his capacity as the country’s highest religious authority, has exerted considerable energy and resources over the past ten years to support moderate forms of Islam.”

“The historic prestige of the monarchy will continue to play a valued role in the socio-economic development of the country: The king will maintain his support for countrywide initiatives to alleviate rural and urban poverty and support institutions geared toward the empowerment of women,” said the magazine.

The election’s outcome strengthened the credibility of Morocco and its democratic process, said the magazine.