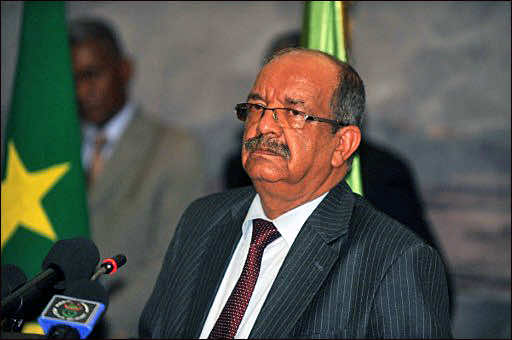 The shared threat from terrorism is driving Sahel-Saharan states to forge closer ties, according to analysts.

Morocco and Egypt will attend the next major Sahel security summit, slated for next February in either Bamako or Niamey, a top Algerian diplomat recently said.

Algerian Minister for Maghreb and African Affairs Abdelkader Messahel made the announcement December 8th on the sidelines of a Sahel conference in Brussels. The so-called “Algiers 2” conference next year will be the first for Morocco, which was previously excluded from Sahel gatherings. Libya and Tunisia will also be invited to the February event.

Sahel foreign ministers met in Nouakchott on Monday (December 19th) to lay the groundwork for the upcoming summit.

The move marks a major shift in Algerian diplomacy and comes on the heels of recent political rapprochement between the two Maghreb neighbours.

The Morocco invitation also follows stepped up regional security concerns stemming from al-Qaeda activity and fallout from the Libyan revolution, according to Dr Mohamed Lemine Ould Sidi Baba, professor of public law and strategic studies at the University of Nouakchott and National School of Administration. He said he expects improved relations between the two sides in the years ahead, particularly in terms of economic ties.

“Furthermore, Algeria can’t ignore the geographic dimension,” Ould Sidi Baba continued. “There is a need for co-ordination with Morocco, not just in counter-terrorism, but also in other problems facing Sahel, such as immigration, smuggling, drug trafficking and the appearance of rebel movements.”

The analyst added that there were other factors for the rapprochement, including “the political map that is now being formed with the rise of Islamic movements in Morocco, Tunisia and Libya; something that encourages them to co-ordinate and benefit from past experiences in dealing with political Islam”.

“Alliances are a necessity to have joint co-ordination, although this time it takes a security cover,” he said. “Moreover, African states that have good relations with both countries want them to be closer, as they are now embarrassed by the condition of non-understanding between Algeria and Morocco as two pivotal countries.”

“Every cloud has a silver lining; terrorism is making countries unite, get closer, and co-ordinate efforts. This is good,” the professor concluded.

“Morocco is facing terrorist strikes and has intelligence, military and cultural information that it can share in the war on terror. This step has been delayed, but it is of extreme importance at this timing. It gives the impression that much can be done in combating terrorist groups,” he said.

Noureddine Dharif, a member of Morocco’s Royal Advisory Council for Sahara Affairs (CORCAS), told Elaph that the shift in Algeria’s position follows the kidnapping of three aid workers from a Polisario-run refugee camp in Rabuni. He said the terror attack “made Algeria soften its position from Morocco, especially as these camps lie under its security responsibility”.

Another factor, according to Dharif, it is the intensive proliferation of Libyan weapons which were looted from Kadhafi’s depots following the fall of his regime. He said Algeria and other Sahel states need Morocco to participate to confront this new security challenge.

“Algeria managed to put the interest of Sahel countries above any other considerations,” terrorism analyst Dah Ould Hamadi said. “This is extremely important and must be understood in the framework of Algerian diplomacy and a real will to combat terrorism.”