Taroudant, Morocco- Music is among the most powerful means of expression and human communication. It has been so since antiquity. It is a thorough and exhaustive accumulation of human civilization and culture. 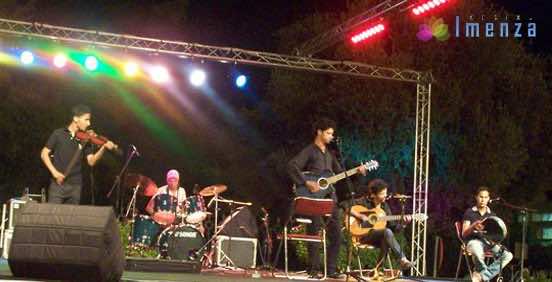 By
Larbi Arbaoui
-
Larbi is a freelance writer and assistant editor at Morocco World News.
Dec 23, 2011
Spread the love

Taroudant, Morocco- Music is among the most powerful means of expression and human communication. It has been so since antiquity. It is a thorough and exhaustive accumulation of human civilization and culture.

Moroccan music ranges and differs in style and language thanks to the country’s cultural diversity and according to the various geographical areas in the country. The musical style prevalent in the southeast of Morocco developed from various genres and styles, in particular, Ahidus which characterizes the whole region. However, the modern Amazigh style is subversive in all its facets.

Before the rise of the modern Amazigh music style, there were some distinguished singers in the southeast region, but their experience was very limited to singing in weddings and occasionally participating in festivals. Their instruments were very traditional, mostly using the Lutra, a plucked string instrument of four strings usually played with a pick, and tambourines. With only these two instruments, a band would create lively music.

The unique experience of the band of Mohamed Mallal, known in the art scene as Moha Mallal, enriched the Amazigh world of music. He contributed to the transition of the Amazigh song from traditional style to modern creativity. In 2007, he won a prize for best modern Amazigh song.

With the beginning of the 21st century, the modern Amazigh music style has emerged widely on the art scene in the form of groups that have broken local boundaries, and that have boosted the reach of this art to a global level. Fed by democratic ideas and global human values, songs often treat many socio-cultural issues, for example marginalization, poverty and social justice.  Their singers believe in art as an expressive way of rejecting these situations and a civilized way to make known the Amazigh cause.

The music is based on very modern musical instruments, primarily guitars and other accompanying instruments like the harmonica, flute, violin, drums, and tambourines. Most of the members of the modern bands are educated; however, very few have been to the conservatory. They autonomously studied music theory and spent large amounts of time practicing. With their determination and hard work they participated in national festivals along with very famous professional artists, supported by large audiences.

The band of Imenza, originally from Goulmima, or Tizi N Imnayen as Imenza loves to call their city, is among the pioneering groups that have embraced the Amazigh modern style. They started their professional career very early in high school when their performances were limited to social evenings organized by some local associations and those held by the Cultural Amazigh Movement in universities.

The founder of the Imenza is Mohammed Oumani who with the help of his friend Fouad, famous in the art scene as Foue, were able to publish their first album in 2006, including six songs written by the poet Omar Derouich, and a second album released in 2009. Both albums were very successful and Imenza has gained a large following.

Moha, the leader of Imenza, has taught the basic elements of guitar to many people among them are the distinguished Amazigh singer and guitarist M’bark (may his soul rest in peace) the founder of Saghrou Band, and Moha’s brother Zakar, who is a very skillful guitar soloist in Imenza.  Moha, while studying English at the University of Moulay Ismail, Meknes, gained broad knowledge about human civilization. His songs have transcended the regional and local boundaries and his fan base continues to spread.