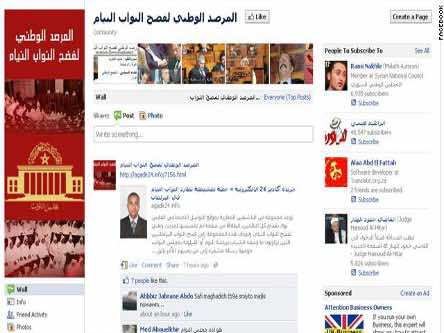 Fez – Nowadays, social media is playing a huge role in our life. It can make a difference as it is a big community that gathers people from around the globe, notably bloggers who believe in the same causes. It is a new wave of social and political activism that opts to cover stories, incidents and events uncovered by mainstream media.

Moroccan bloggers are also active on virtual activism. Various online groups and pages are created everyday to serve specific purposes. The youth find online blogging as the right way to express dissatisfaction regarding international as well as national issues.

One story that attracts the attention of the group of Moroccan bloggers is the old habit of sleeping in parliament.

Moroccans have been accustomed to seeing some members of the Moroccan parliament falling asleep during parliament sessions. They are scenes that have irritated the Moroccan public for years, but could do nothing to change them. Probably the worst scenes Moroccans would watch on TV are the Parliament sessions, which not only have been filled with useless talks, but also infuriating scenes of MPs falling asleep.

With the new government, Moroccans started to hope that this old habit will change, until two pictures of two Moroccan MPs who fell asleep during the last parliamentary session started circulating through the Internet. This unacceptable conduct only proves that old habits die hard.

Two days ago, a group of Moroccan youth was inspired to create a Facebook page called “The National Observatory to Expose Sleeping MPs”. In this page, the admins make sure to post the pictures of sleepy MPs with details about them, including their full names, city and political affiliation. It is a small attempt to wake the sleeping MPs up from their long nap to work for the nation that voted for them and got them into those positions.

The Facebook page suggested on its wall that “the parliament should create a voluntary position, to which most Moroccans would gladly apply, to slap on the face every MP who dares to sleep under the dome of the parliament, in an attempt to wake him up to the issues of the nation that he is supposed to be taking care of.”

Social Media is allowing Moroccan youth to have a certain control, from afar, on the political scene in Morocco and to collectively voice their opinions and demands. There are conflicting opinions about this kind of “Observatory Mission” over the MPs.

Some people are already complaining and accusing the owners of the page for defamation, while the majority is very satisfied with the initiative.

“I personally think that it is a good way to keep members of parliament fully awake and vigilant to conduct their job properly,” said Rachid, a university student at the University of Sidi Mohamed Ben Abdelah, fez.

Latifa, a Moroccan living in France expressed her annoyance, saying that “sleeping in parliament is irresponsible and wrong. It implies disrespect and send counterproductive messages to the population who is eager for change.”

“I suggest a temporary suspension from the parliament for every MP caught asleep is the right reaction,” she added.