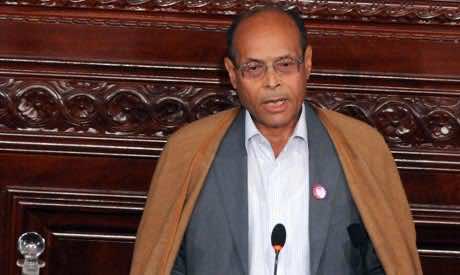 Tunisia’s president warned Friday that the north African country’s post-revolution economic and social fabric was still fragile, and that strikes and protests could lead to “collective suicide.”

Tunisia’s new government, the first freely elected since the popular uprising that toppled dictator Zine el Abidine Ben Ali in January, is under pressure to boost the ailing economy and reverse joblessness.

“Unless the economic machine gets working soon, the country is heading straight for collective suicide,” Marzouki said. “I ask (strikers) not to be responsible for such a catastrophe and not to sink the boat that is carrying us all.”

Further social upheaval could plunge the country into anarchy, he said.

Tunisia’s unemployment is running at 20 percent, while economic growth is expected to be a sluggish 0.5 percent for 2011.

Some investors have already quit because of strikes or protests. Japanese group Yazaki, a major maker of automotive wiring, on Tuesday shut one of factories in Tunisia.

The creation of a new government is of great importance in Tunisia following the popular revolt against Ben Ali that began in December 2010.

The protests triggered what became known as the Arab Spring — uprisings across the region that also led to the overthrow of veteran dictators in Libya and Egypt.