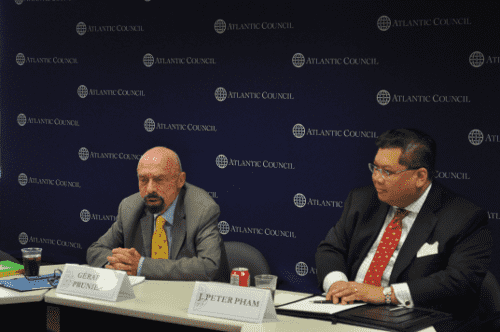 The United States approved economic and development aid to Morocco, intended for all Moroccan regions and territories, as part of the 2012 Omnibus Spending Report that President Barack Obama signed on Friday, after its adoption by both houses of Congress.

“This support is a tangible consolidation of U.S. aid to the reform process in all of Morocco, including the southern provinces,” Peter Pham, director of the Michael S. Ansari Africa Center at the Atlantic Council in Washington, told Morocco’s MAP news agency.

“The action is not only consistent with the U.S. position on the Moroccan Sahara, many times described by Washington as serious, realistic, and credible, but gives that support a concrete expression written in law and not merely expressed sentiment,” said Pham, who is often sought by both houses of Congress in hearings on policy issues relating to Africa, the Maghreb or the Sahel.

The U.S. pundit also recalled that the Moroccan initiative “is also the subject of bipartisan support both the Senate and the House of Representatives and results from a constant US foreign policy position since the Clinton administration to that of Obama through the Bush Administration.”

“America’s leaders have recognized that such a policy is the only one that is in the best interest not only of an old ally, Morocco, and all its people, but also in accord with U.S. security interests,” he said.

“As the region continues to be shaken by Arab Spring turmoil and transition, this measure represents clear U.S. support for Morocco’s efforts to provide economic development for its citizens,” said Singleton B. McAllister, former senior counsel to the House Budget Committee and general counsel for the U.S. Agency for International Development (USAID) under President Clinton.

And he underlined: “For the first time, U.S. program assistance will support Morocco’s efforts over the last three decades to raise the quality of life for those living in” Moroccan southern provinces.

The 2012 Omnibus Spending Report notes that Congress “remains concerned with resolving the dispute over” the Sahara.

“The U.S. must continue to seek a fair, just, and enduring solution” to the Sahara issue “in order to promote regional integration and protect U.S. security interests in the region,” said House Foreign Affairs Committee Chair, Ileana Ros-Lehtinen (R-FL) in the Congressional Record.