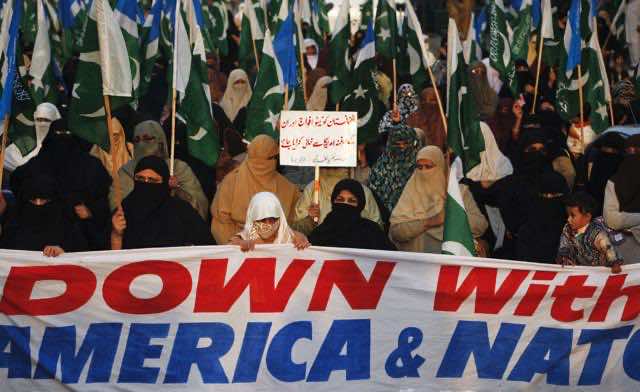 The U.S. Central Intelligence Agency has suspended drone missile strikes on gatherings of low-ranking militants in Pakistan due to tensions with that country, The Los Angeles Times reported.

Citing unnamed current and former U.S. officials, the newspaper said late Friday the undeclared halt in CIA attacks is aimed at reversing a sharp erosion of trust between the two countries.

U.S.-Pakistani relations deteriorated last month after a series of U.S. air strikes killed 24 Pakistan soldiers near the border with Afghanistan.

A joint U.S.-NATO investigation concluded that a disastrous spate of errors and botched communications led to the deaths. Pakistan has rejected the findings.

The pause in the missile strikes comes amid an intensifying debate in the administration of President Barack Obama over the future of the CIA’s covert drone war in Pakistan, the paper said.

The CIA has killed dozens of al-Qaeda operatives and hundreds of low-ranking fighters there since the first Predator strike in 2004, but the program has infuriated many Pakistanis, the report noted.

Some officials in the State Department and the National Security Council say many of the airstrikes are counterproductive, The Times said.

They argue that rank-and-file militants are easy to replace, and that Pakistani claims of civilian casualties, which the United States dispute, have destabilized the government of President Asif Ali Zardari.

Some U.S. intelligence officials are urging the CIA to cut back the paramilitary role it has assumed since the September 11, 2001, attacks to refocus on espionage, the paper pointed out.

They suggest handing the mission to the Pentagon’s Joint Special Operations Command, which flies its own drones and conducts secret counter-terrorism operations in Yemen and Somalia, The Times noted.