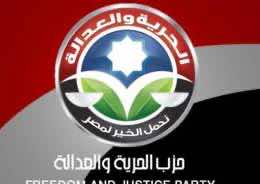 The leading Islamist Freedom and Justice Party (FJP) won 40 out of 60 seats in the runoff for the second round of the three-stage elections, according to both the party and the official Al-Ahram newspaper.

In Egypt’s complex electoral system, voters cast ballots for party lists, which will compose two thirds of parliament, and direct votes for individual candidates for the remaining third. Most individual races go into runoffs.

Islamists have dominated the elections, which opened on November 28, the first since an uprising ousted president Mubarak in February. The second round began on December 14, and the third is due to start on January 3.

The FJP won 32 individual seats in the first round of the vote, with four others going to allies, and 36 percent of the party list vote, followed by Al-Nur’s 24 percent.

The remaining votes were split among various liberal and secular parties.

The FJP has said it would have the right to form the next government, but the ruling military and the prime minister it appointed have said parliament could not appoint ministers.

The military, which has faced down days of deadly protests in November and this month, says it will transfer power to civilians after a presidential election is held by the end of June next year.